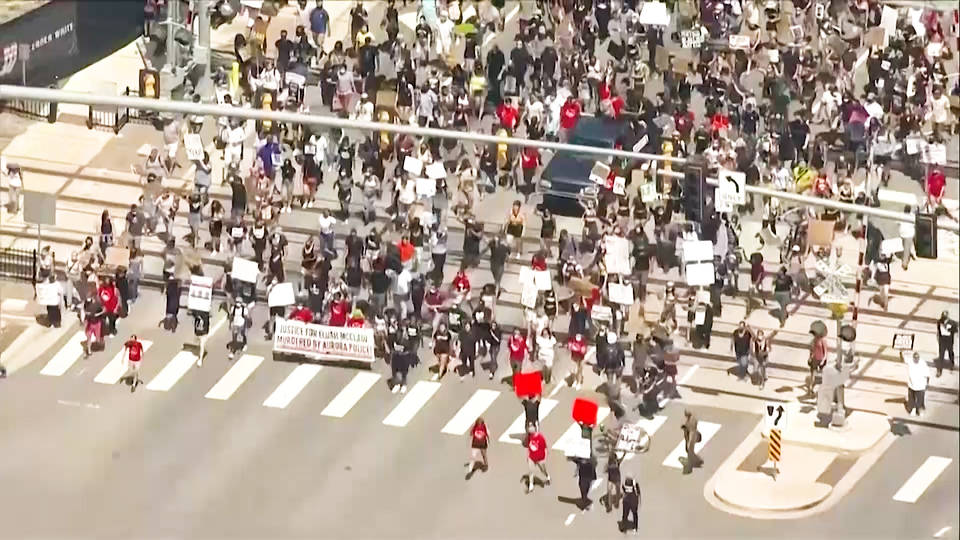 In Aurora, Colorado, police used pepper spray on crowds Saturday as thousands took to the streets, shutting down an interstate, as they called for justice for Elijah McClain, who was killed by police last year. McClain, a 23-year-old African American man, was tackled by police as he headed home from a local convenience store, placed in a chokehold and then injected with ketamine by paramedics. Also at Saturday’s protest for McClain, a group of violinists held a vigil, playing their violins — an instrument Elijah McClain also played — in his honor. Colorado Governor Jared Polis announced Thursday a special prosecutor would reopen a probe into the police killing of Elijah McClain.