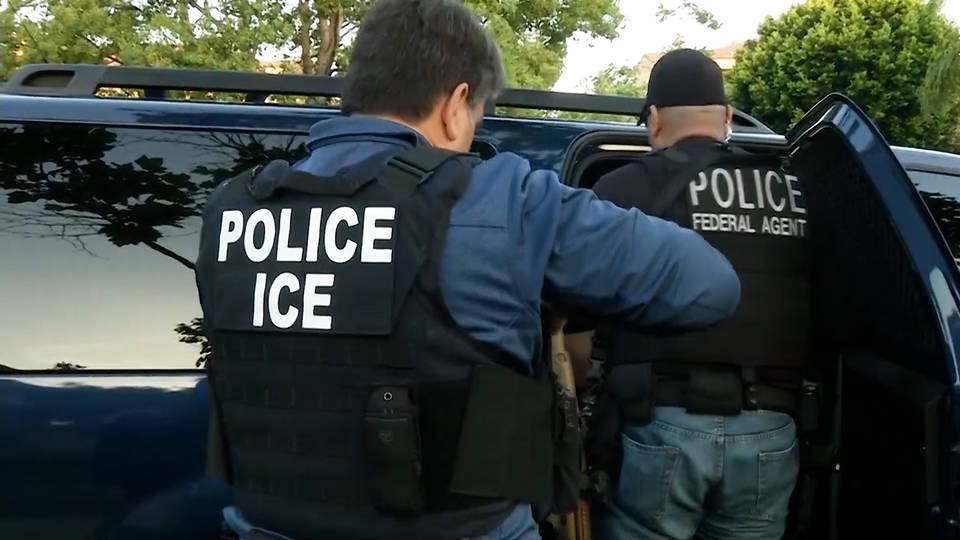 In Chicago, Immigration and Customs Enforcement is being flooded by fake applications for the agency’s so-called Citizens Academy, a six-week program where ICE plans to teach attendees “defensive tactics” and “firearms familiarization” to arrest undocumented people. The protest was organized by the Jewish organization Never Again Action. Immigration activists have been sounding the alarm over the initiative, which ICE hopes to expand nationwide. This is Liz Castillo, an organizer with Detention Watch Network.

Liz Castillo: “At best, this school will serve as yet another mechanism for the Chicago ICE field office to attempt to cover the harm it perpetuates every day. At its worst, this program, which includes training in defensive tactics, firearms familiarization and targeted arrests, carries with it a lot of potential to foment racial profiling and violent vigilantism towards Black people and other people of color.”