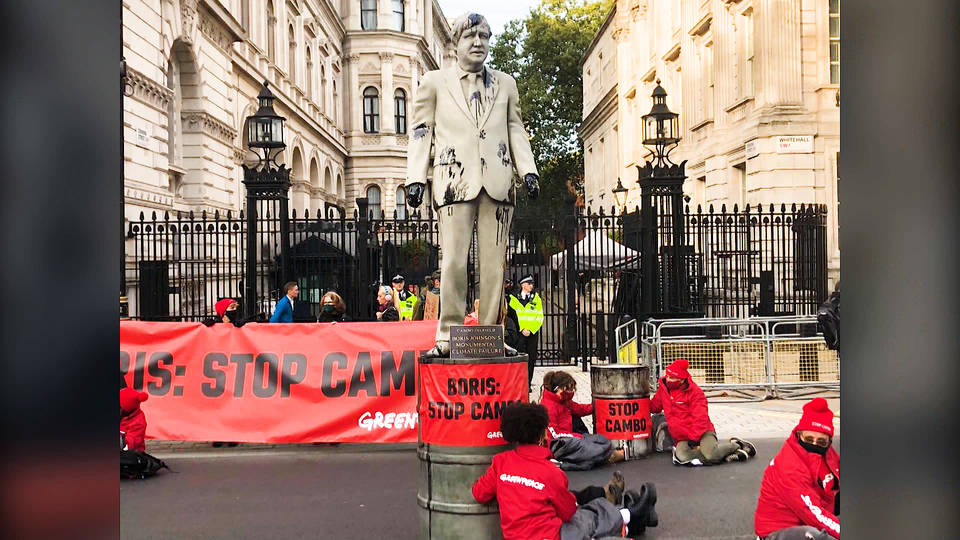 In London, at least seven members of Greenpeace were arrested Monday after shutting down traffic outside 10 Downing Street by installing a 12-foot mock statue of U.K. Prime Minister Boris Johnson splattered in oil. Greenpeace is calling on Johnson to halt plans to drill for oil off the Scottish coast in what’s known as the Cambo oilfield.