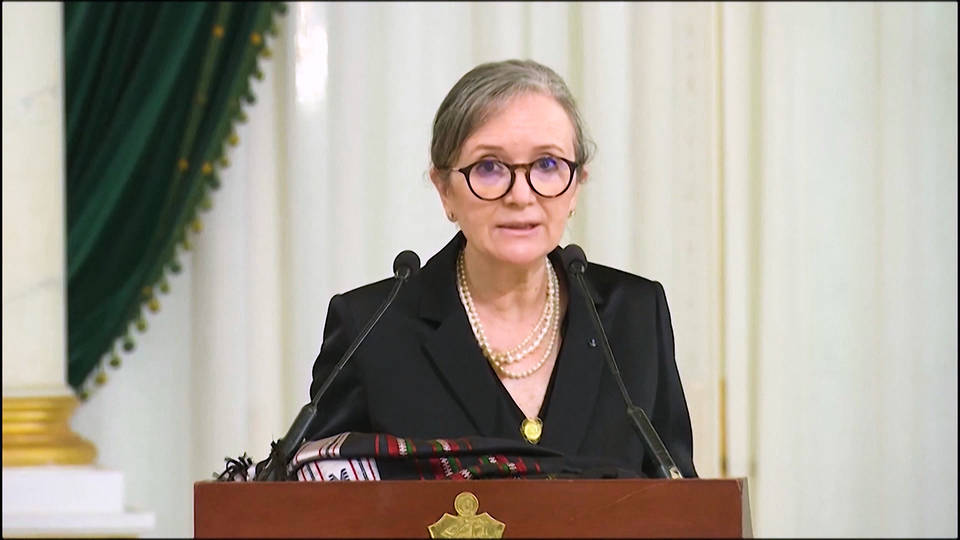 In Tunisia, a new government was sworn in this week, including the country’s first woman prime minister, Najla Bouden. Bouden appointed a record number of women to her Cabinet, filling a political void left since President Kais Saied suspended parliament and ousted the former prime minister 11 weeks ago. Critics have decried the “power grab” by Saied, who has also diminished the authority of the prime minister’s office. During her swearing-in, Bouden vowed to raise living standards and fight corruption.

Prime Minister Najla Bouden: “One of the most important goals ever is to combat corruption, which is increasingly spreading, day by day, and leads to a loss of confidence in any radical and real reform attempt.”