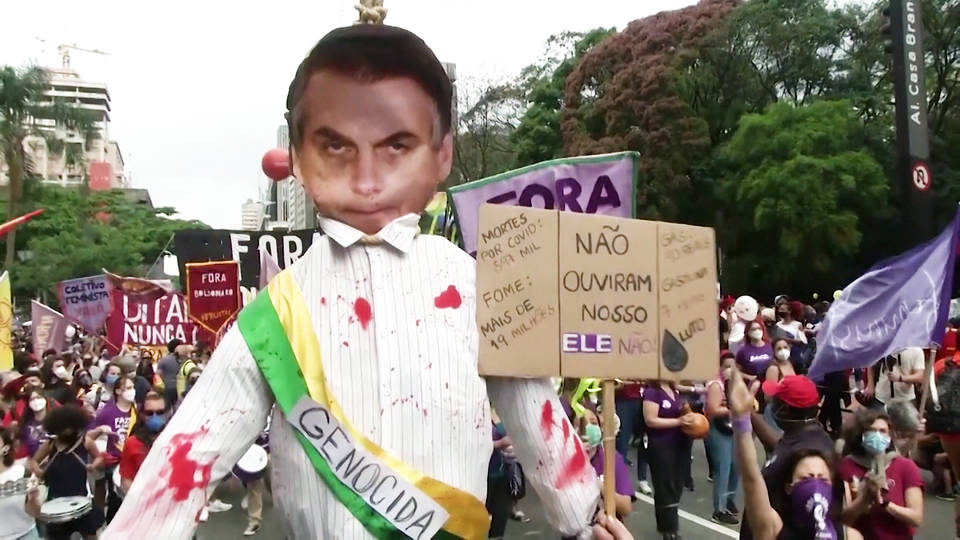 An Austrian legal organization is urging the International Criminal Court in The Hague to investigate far-right Brazilian President Jair Bolsonaro for “crimes against humanity” over his destruction of the Amazon. The landmark complaint filed by the group AllRise said Bolsonaro’s actions have led to a “widespread attack on the Amazon, its dependents and its defenders that not only result in the persecution, murder and inhumane suffering in the region, but also upon the global population.”