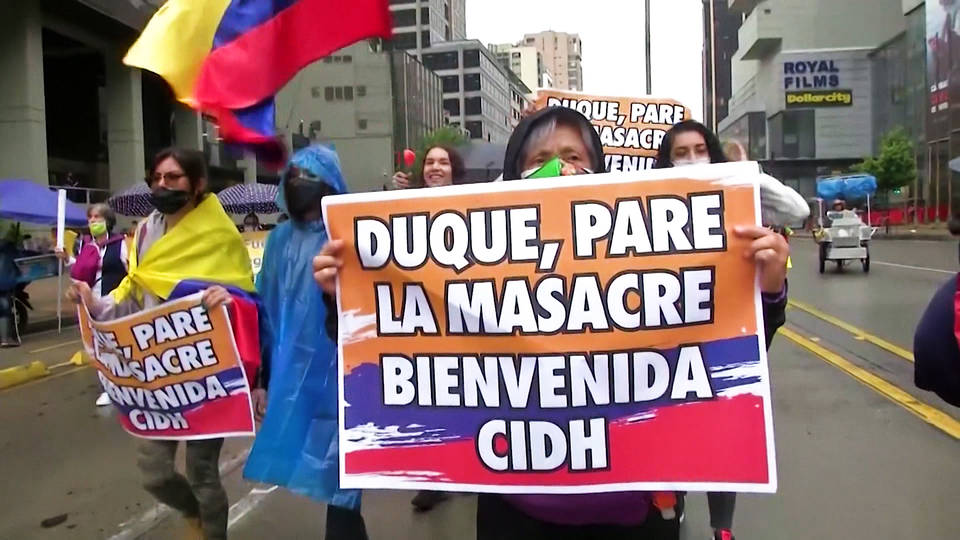 Human Rights Watch is calling on the Colombian government to protect human rights and reform its police as ongoing popular protests demanding social reforms and an end to violence and inequality are now in their sixth week. Human Rights Watch says at least 34 people have been killed during protests, at least 20 of those at the hands of the police, though local groups estimate the toll is higher. This is union leader Carlos Rivas at a demonstration in Bogotá Wednesday.

Carlos Rivas: “This is an indolent state. It is a state that does not talk to the people; it talks through force and weapons. We want peace, democracy, life. We don’t want a state of terror. We don’t want a state where people are murdered but where there are minimum guarantees. They cannot assassinate the youth, who are the future of the country.”