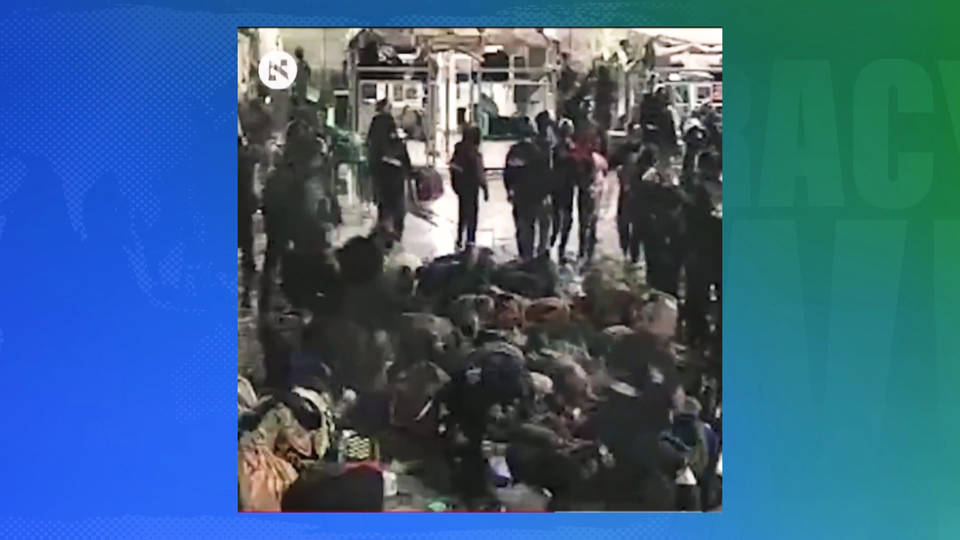 The Israeli newspaper Haaretz has published shocking video of Israeli prison guards brutally kicking, punching and beating shackled Palestinians inside a prison in the Negev Desert in 2019. The video shows guards throwing dozens of men into a large pile on a concrete floor; 15 were later hospitalized. The Israeli human rights group B’Tselem said today, “The case proves, yet again, that Palestinian victims of violence by Israeli security forces cannot achieve justice via Israeli systems and can hope to do so only in an international court.” No Israeli guards faced charges over the assault. The warden on duty was later promoted.