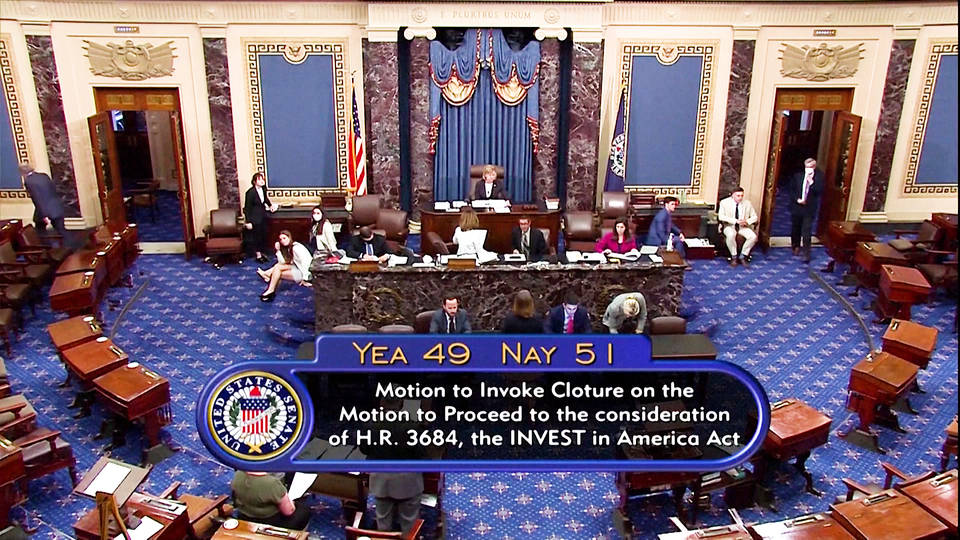 Senate Republicans have blocked a $1 trillion bipartisan infrastructure bill from moving ahead, but Democrats say the bill is not yet dead. All 50 Republicans voted against the measure after accusing Senate Majority Leader Chuck Schumer of rushing the process. The legislation includes almost $600 billion in new spending on public works projects, including money for roads and broadband.