In a major development, a federal judge on Tuesday approved a plan to restructure Puerto Rico’s massive debt. The proposal was presented by the territory’s U.S.-imposed Fiscal Control Board, and it reduces the biggest portion of the island’s debt, about $33 billion, by some 80%. Last year, union leaders pressured the board to remove cuts to pension plans from the current version of the debt restructuring deal. Opponents of the agreement say it will only worsen Puerto Rico’s economic struggles. “In terms of whether it really resolves the financial crisis of Puerto Rico going forward, that remains to be seen,” says Democracy Now! co-host Juan González, a close observer of Puerto Rican history and politics, who warns the unelected fiscal board could remain in charge of the island’s finances for years to come. “There’s some positives in this, but there’s a lot of uncertainty still to go.”

AMY GOODMAN: A federal judge on Tuesday approved yet another adjustment to restructuring some of Puerto Rico’s massive debt. The proposal was presented by Puerto Rico’s U.S.-imposed financial oversight board — known as La Junta — and it reduces the biggest portion of the island’s debt, about $33 billion, by some 80%. Last year, union leaders pressured the board to remove cuts to pension plans from the current version of debt restructuring deal. Opponents of the agreement say it will only worsen Puerto Rico’s economic struggles.

And those are some of the headlines. This is Democracy Now!, democracynow.org, The War and Peace Report. I’m Amy Goodman, with Democracy Now! co-host Juan González in New Brunswick, New Jersey. Hi, Juan.

AMY GOODMAN: Well, before we begin today’s show, I wanted to ask you, Juan, about this judge’s decision around Puerto Rico’s bankruptcy.

JUAN GONZÁLEZ: Yeah, Amy. Well, I haven’t had a chance to parse in the details of the agreement, but just some general comments on it. First of all, this really deals with the — primarily the main government debt, which was about $33 billion, doesn’t include the debt of all the other public. agencies. And there, it appears that the bondholders are going to get about $7 billion of that in cash, not in future debt. And so it is a big payday for some of the bondholders. There will be opportunity for some of them also to get additional money in terms of a complex instrument that they call the CVI, the contingent value instrument, which basically says that if the tax — if the sales taxes of Puerto Rico are above a certain level, the bondholders will also cash in billions more in the future.

The main part of the agreement appears to be that the pensions of Puerto Rican workers have been saved from any major cuts. There will be no cuts to the pensions. However, future workers, like teachers and judges and others, in the government will now no longer have a pension. They will now have to have defined benefit — I’m sorry, defined contribution plans in the future. So, in terms of saving the workers from losing their pensions, this has been a major step forward.

In terms of whether it really resolves the financial crisis of Puerto Rico going forward, that remains to be seen, because this agreement is an adjustment of a previous agreement that happened before COVID. And then, of course, COVID made the economic conditions in Puerto Rico, as in much of the rest of the country, worse.

So, there was some victories here as a result of constant public pressure on the control board, but this control board is going to be in power — it’s already been in power for more than five years. It will have to be in power for at least four years of balanced budgets before it actually leaves the island, if it ever leaves the island. But right now there’s some positives in this, but there’s a lot of uncertainty still to go.

AMY GOODMAN: Well, we will continue to cover this as details come out. When we come back from break, Abolition. Feminism. Now. We’ll spend the hour with three leading abolitionist feminists: professors Beth Richie, Gina Dent and Angela Davis. Stay with us. 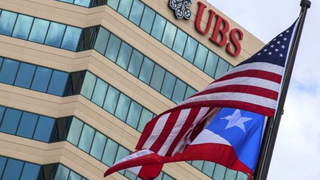