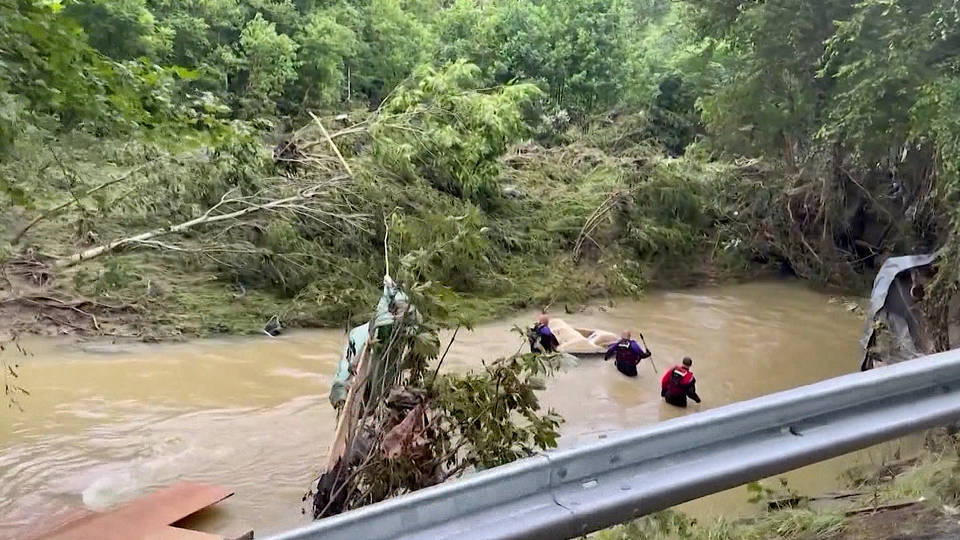 In Kentucky, the death toll from some of the worst flooding in the state’s history has risen to 37, with more rain and searing temperatures forecast throughout the week. Hundreds are still missing in Kentucky.

In California, two people were found dead in a charred vehicle Monday after the McKinney Fire exploded in size to become the largest U.S. wildfire of the year at over 55,000 acres. This follows record heat in the Pacific Northwest and comes as forecasters predict more than 40 million U.S. residents face triple-digit temperatures over the next week.