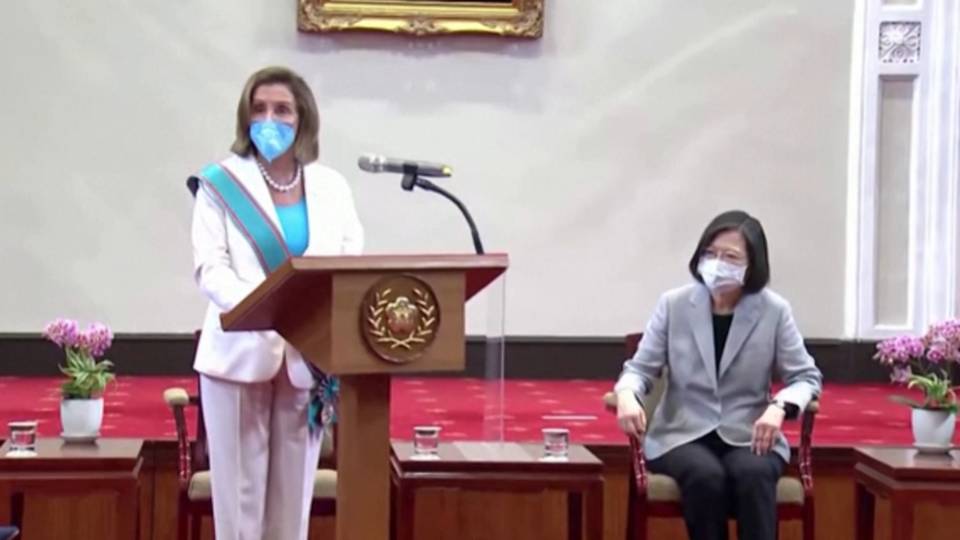 House Speaker Nancy Pelosi has departed Taiwan after a controversial visit that was criticized by the Chinese government, as well as some officials within the Biden administration. Earlier today, Pelosi met with Taiwan’s president and said U.S. support for Taiwan was “ironclad.”

Speaker Nancy Pelosi: “Today the world faces a choice between democracy and autocracy. America’s determination to preserve democracy here in Taiwan and around the world remains ironclad.”

Pelosi is the highest-level U.S. official to visit Taiwan in a quarter-century. China denounced her visit, saying it was damaging to stability in the Taiwan Strait. China has announced plans to carry out new air and naval drills and long-range live-fire exercises in six areas around Taiwan beginning Thursday. Taiwan said the military exercises are “tantamount to an air and sea blockade of Taiwan.” We will have more on Taiwan after headlines.