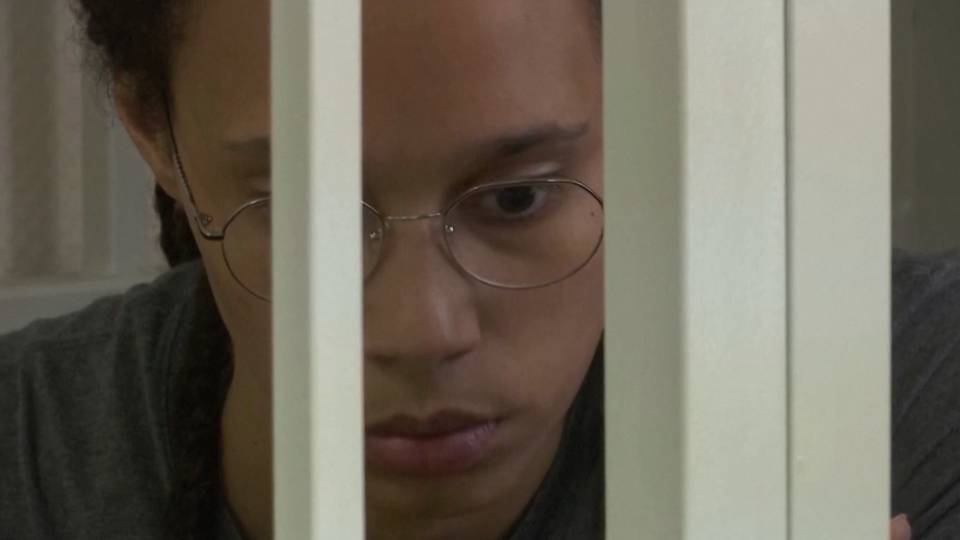 A court in Russia has found WNBA basketball star Brittney Griner guilty of drug smuggling and sentenced her to nine years in a penal colony. During closing arguments Thursday, Griner took responsibility for bringing vape cartridges containing a small amount of cannabis oil with her through the Moscow airport, where she was arrested by customs authorities in February. She said the cannabis was prescribed for medical reasons.

Brittney Griner: “I understand everything that’s being said against me, the charges that are against me, and that is why I pled guilty. But I had no intent to break any Russian laws. … I made an honest mistake, and I hope that in your ruling, that it doesn’t end my life here.”