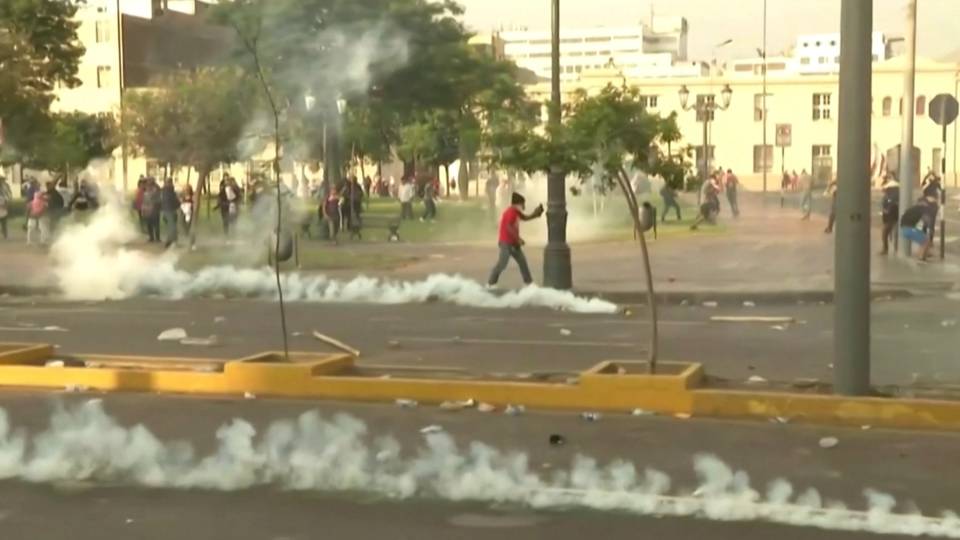 In Peru, thousands of protesters demanding the resignation of interim President Dina Boluarte took to the streets of the capital Lima Thursday, where they were met with brutal force from riot police and swirls of tear gas. This was the sixth straight week of mass protests since the ouster and arrest of leftist President Pedro Castillo in December. Over 50 people have been killed in clashes with Peruvian security forces. This is José de la Rosa, one of the protesters in Lima.

José de la Rosa: “We want the usurper Dina Boluarte to step down and call for new elections. The protests will continue. The south of the country is in an uprising at the moment. We came to Lima from all the southern regions.”

Boluarte spoke at a press conference Thursday where she praised police and accused protesters of instigating violence and chaos.

President Dina Boluarte: “That was not a peaceful protest. The violent acts that occurred in December and January will not go unpunished.”