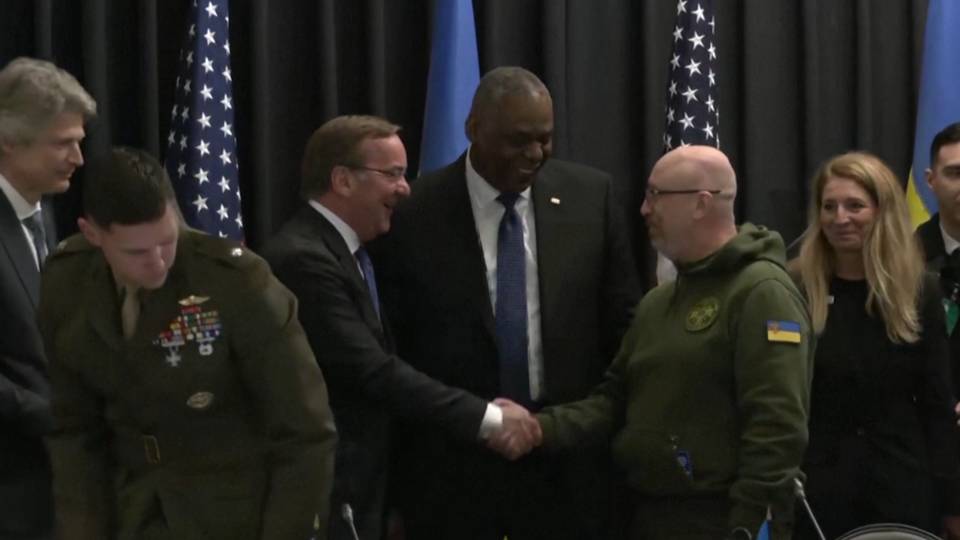 The Biden administration and some of its European allies have pledged new heavy weaponry to Ukraine, including howitzers, missile defense systems and first-time shipments of armored vehicles. On Thursday, the Pentagon said its new $2.5 billion military aid package will include dozens of Bradley Fighting Vehicles and Stryker armored personnel carriers. The Pentagon stopped short of shipping M1 Abrams battle tanks, as Ukraine had requested, and Germany has so far refused to send Leopard 2 tanks sought by Kyiv. In Moscow, Kremlin spokesperson Dmitry Peskov warned the U.S. and NATO against arming Ukraine with tanks.

Dmitry Peskov: “This is potentially extremely dangerous. This would mean taking the conflict to a new level, which, of course, will not bode well from the point of view of global and European security.”