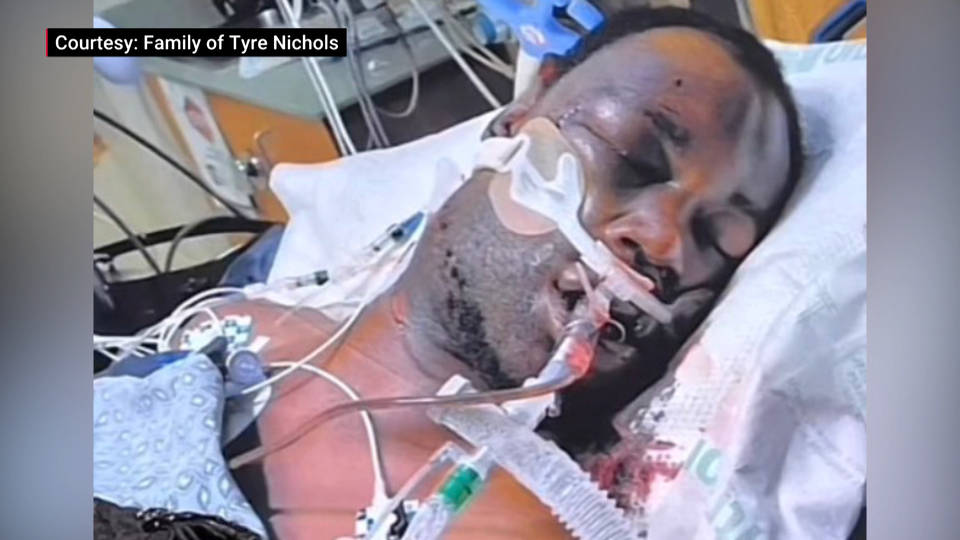 In Tennessee, the parents of a 29-year-old African American man who died after he was brutally beaten by Memphis police officers say their son was “defenseless” during his ordeal. Tyre Nichols died of kidney failure and cardiac arrest on January 10, three days after his violent arrest following a traffic stop. On Monday, Memphis officials privately showed police body-camera footage of Nichols’s arrest to family and attorneys. They said, after viewing the video, that Nichols was pepper-sprayed, tased, restrained, kicked and beaten. This is family attorney Antonio Romanucci.

Antonio Romanucci: “He was defenseless the entire time. He was a human piñata for those police officers. It was an unadulterated, unabashed, nonstop beating of this young boy for three minutes.”

Antonio Romanucci: “That is what we saw in that video.”

In the wake of Nichols’s death, Memphis police officials fired five officers for violating department policies, including excessive use of force and failing to render aid. Like Nichols, all five of the former officers are Black. Tyre Nichols was a skilled skateboarder, an amateur photographer, and father to a young son.