Germany and U.S. to Send Heavy Tanks to Ukraine 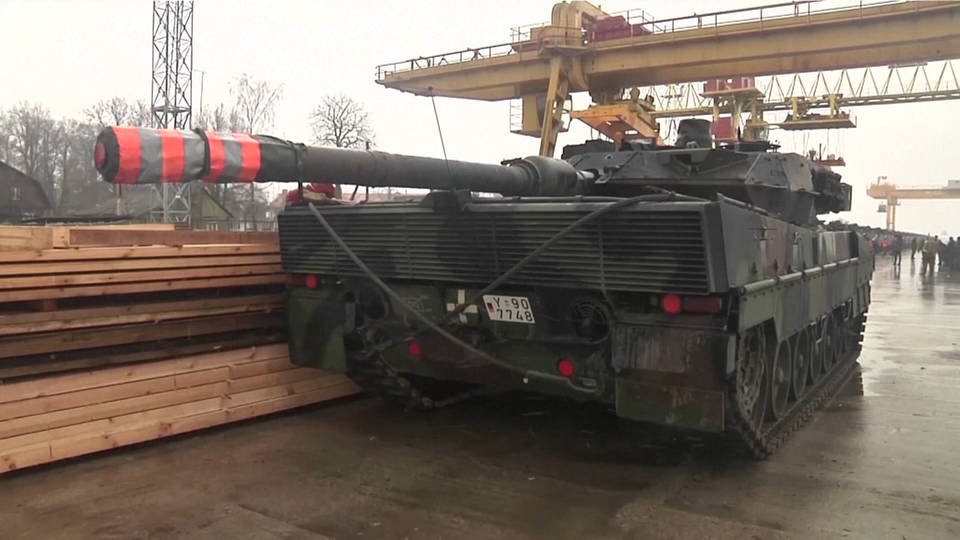 Germany has announced it plans to send at least 14 Leopard 2 tanks to Ukraine, after months of pleas from Kyiv. Germany also said it would soon allow other European countries to send their own Leopard tanks. The U.S. is also expected to announce today it will deliver Abrams tanks to Ukraine, though that process could take months. The heavy tanks could prove to be a major turning point in Ukraine’s fight against Russia, which is approaching its one-year mark next month. Moscow has warned such a move would be seen as a direct provocation.

In other news from Ukraine, the government of President Volodymyr Zelensky has fired a number of top officials, while others have resigned, as part of a growing corruption scandal, which includes reports that the military paid inflated food prices. The ousted officials include four deputy ministers and five regional governors. The EU has said Ukraine must meet anti-corruption standards in order to be granted membership.