Renowned actor, folk singer, musician, composer and activist who performed the role of Tevye in Fiddler on the Roof more than 2,000 times and was known for creating the role of Baron von Trapp in The Sound of Music on Broadway. He co-founded the Newport Folk Festival with Pete Seeger and made more than 20 albums, many of them in Hebrew and Yiddish. He was also an outspoken critic of Israeli plans to forcibly relocate some 40,000 Bedouin Arabs from their ancestral lands. 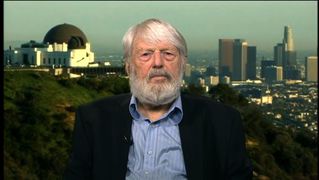 Theodore Bikel Remembered: Fiddler on the Roof Actor and Activist Speaks Out on Israel and Palestine