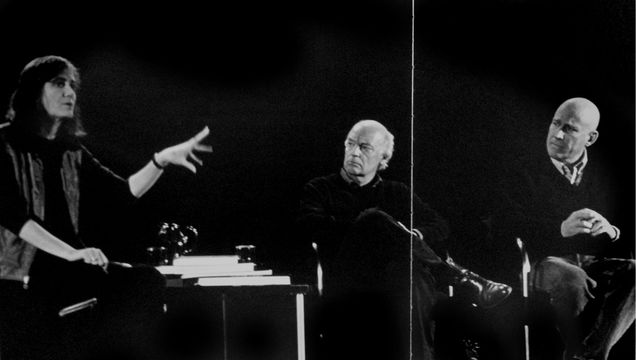 Today, an end of millennium conversation with two giants of literature and politics. Perhaps more than any other living photographer, Sabastiao Salgado’s images of the world’s poor stand in tribute to the human condition. He defines his work as militant photography.

Trained as an economist, Salgado began working as a photojournalist in 1973. Among numerous international awards, he received the W. Eugene Smith Grant for Humanistic Photography, and was named Photographer of the Year’ two times by the International Center for Photography.

Salgado left Brazil in 1969 to avoid imprisonment under the dictatorship, ultimately settling in France. His 1993 book “Workers: An Archeology of the Industrial Age,” Salgado traveled through Europe, India, Africa, and South America. His new book, “Migrations” is the product of a seven-year trek to more than 35 countries in which he documented the world-altering phenomenon of mass migration. From a lonely corpse left behind in the desert, to the pallid face of a refugee child, his images capture the beauty and brutality of life for those forced to leave their homes and traditions.

Uruguayan writer Eduardo Galeano is a writer, journalist, and historian. His work — from the trilogy “Memory of Fire” to the classic “Open Veins of Latin America” — ranges across the post-conquest Americas, to uncover a heritage of oppression and resistance beneath the facade of official stories.

Born in 1940 in Montevideo, Galeano began writing newspaper articles as a teenager. By the age of 20 he became Editor-in-Chief of LaMarcha, and a few years later, he took the top post at Montevideo’s daily newspaper “Epocha.” At 31 he wrote his most famous book, “Open Veins of Latin America: Five Centuries of the Pillage of a Continent.” He was imprisoned in Uruguay and lived in exile in Argentina and Spain before returning home. His newest book, “Upside Down: A Primer for the Looking-glass World,” exposes the absurdity of the modern world that teaches us to “to suffer reality, not change it,” a world where poverty kills, people are hungry, machines are more precious than humans, and children work from dark to dark. Galeano is the recipient of the first Lannon Prize for Cultural Freedom.

They spoke at the College of Santa Fe, New Mexico in an event sponsored by the Lannon Foundation.

StoryJul 03, 2020“What to the Slave Is the 4th of July?”: James Earl Jones Reads Frederick Douglass’s Historic Speech