Remembering the Dead: Reagan Armed Iraq and Iran in 1980s War That Killed Over 1 Million

We look at the policies of the Reagan administration in the Middle East, specifically during the Iran-Iraq war, one of the bloodiest conflicts in modern times in which more than a million people were killed. Chemical weapons were used and two of the most ancient societies on earth were devastated. We speak with Iranian human rights lawyer and 2003 Nobel Peace Prize winner Shirin Ebadi and journalist Alan Friedman about how the Reagan administration armed Iran and normalized relations with Iraq, selling weapons to both sides of the conflict.

As we continue our week-long series “Remembering the Dead.” We look at the policies of the Reagan administration in the Middle East, specifically during the Iran-Iraq war. That conflict lasted the better part of the 1980s and was one of the most bloody in modern times: more than a million people were killed, chemical weapons were used and two of the most ancient societies on earth were devastated.

Now, with Saddam Hussein removed from power and US forces occupying the country, that war is seldom talked about. But the role Washington played in the Iran-Iraq war continues to impact the people and politics of these countries. President George W Bush labeled both countries part of an axis-of-evil. But Bush has never acknowledged the fact that when his father was Vice-president in Ronald Reagan’s White House, Washington was aggressively arming both Iran and Iraq.

While this fact is not included in the Bush administration’s history of Iraq under Saddam Hussein, it was Reagan’s administration that brought Iraq back into the American fold after years of isolation.

US relations with Iraq had been severed since the 1967 Arab-Israeli war. But in 1982, as the Iran-Iraq war escalated, the Reagan administration removed Iraq from the list of nations that allegedly sponsored terrorism. This permitted Reagan to sell Saddam Hussein weapons. And Iraq began a buying frenzy. According to a February 1991 Los Angeles Times article:

“First on Hussein’s shopping list was helicopters — he bought 60 Hughes helicopters and trainers with little notice. However, a second order of 10 twin-engine Bell “Huey” helicopters, like those used to carry combat troops in Vietnam, prompted congressional opposition in August, 1983… Nonetheless, the sale was approved.”

In 1984, according to The LA Times, the State Department–in the name of “increased American penetration of the extremely competitive civilian aircraft market”-pushed through the sale of 45 Bell 214ST helicopters to Iraq. The helicopters, worth some $200 million, were originally designed for military purposes. The New York Times later reported that Saddam “transferred many, if not all [of these helicopters] to his military.”

In 1988, Saddam’s forces allegedly attacked Kurdish civilians with poisonous gas from Iraqi helicopters and planes. U.S. intelligence sources told The LA Times in 1991, they “believe that the American-built helicopters were among those dropping the deadly bombs.”

In response to the gassing, sweeping sanctions were unanimously passed by the US Senate that would have denied Iraq access to most US technology. The measure was killed by the Reagan White House. Senior officials later told reporters they did not press for punishment of Iraq at the time because they wanted to shore up Iraq’s ability to pursue the war with Iran.

The original content of this program is licensed under a Creative Commons Attribution-Noncommercial-No Derivative Works 3.0 United States License. Please attribute legal copies of this work to democracynow.org. Some of the work(s) that this program incorporates, however, may be separately licensed. For further information or additional permissions, contact us.
NEXTNobel Prize Winner Shirin Ebadi: “The Same People That Gave Saddam Hussein Chemicals to Make These Weapons Used it as an Excuse To Attack Him” 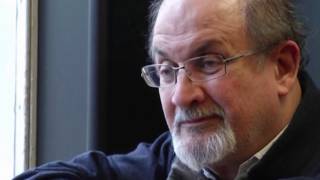