Israeli Writer-Activist Tikva Honig-Parnass, Who Fought for Israel’s Founding in 1948, on 60 Years of Palestinian Dispossession and Occupation

We continue our coverage of the sixtieth anniversary of the founding of the state of Israel, what Palestinians call the Nakba, or catastrophe. We begin with Tikva Honig-Parnass, an Israeli who fought with Jewish paramilitary units and the Israeli army, participating in the military operations that expelled over 750,000 Palestinians. Today, she’s an anti-Zionist leftist writer and activist who has been involved with anti-occupation, women’s, and Mizrahi movements in Israel since the 1960s. [includes rush transcript]

AMY GOODMAN: We continue with our coverage of the sixtieth anniversary of the founding of the state of Israel, what Palestinians call the Nakba. First, we look at the events of 1948 from the perspective of an Israeli who fought with Jewish paramilitary units and the Israeli army, participating in the military operations that involved the expulsion of over 700,000 Palestinians.

Raised in an ultra-Zionist family, Tikva Honig-Parnass was barely twenty years old in 1948. She was a member of the Haganah paramilitary and the Palmach. Today, Tikva Honig-Parnass is an anti-Zionist leftist writer and activist. She has been involved with anti-occupation, women’s, and Mizrahi movements in Israel since the 1960s. She was editor of News From Within, the publication of the Alternative Information Center in Jerusalem, for close to a decade. More recently, she founded and edited the periodical Between the Lines with Palestinian activist Toufic Haddad.

Last year, Honig-Parnass and Haddad came out with a book called Between the Lines: Readings in Israel, the Palestinians, and the US War on Terror, currently working on a book on the Jewish democratic state in the left-liberal Zionism.

Tikva Honig-Parnass joins us now. We welcome you to Democracy Now!


AMY GOODMAN: It’s very good to have you with us.


TIKVA HONIG-PARNASS: Thank you very much.


TIKVA HONIG-PARNASS: Yes, of course I can. But I would like you to allow me to tell in short an event that happened in my grandson’s school just a week ago which emphasizes that the Nakba of ’48 is not only ongoing forces, but that Israel is -— the Jewish state of Israel is the vehicle of implementation, advancement and expansion of the project. I’ll tell the story just very shortly. This was the memorial day for the soldiers who were killed in all Israeli wars. It was opened with a child reading from the Bible, saying that Abraham — that God said to Abraham, “Look from the place you are there, to the north and south and east and west, because all the land you see, I will give to you and your offsprings, and till it.” It’s my free translation. But it’s typical, and it’s indicative of the kind of values children are getting — are educating for ’til this present. And to see this in the context of memorial day is a message given to the children that you must fight, you must make war, because the land is exclusively ours.


AMY GOODMAN: Can you talk about your experience in 1948? Could you go back in time, Tikva, and talk about how it is you joined the Haganah and the Palmach? And explain what they are, for viewers and listeners who are not familiar.


TIKVA HONIG-PARNASS: Yes. But before saying how I enlisted Haganah and the Palmach in — and what happened in ’48, the listeners have to understand that we were the generation that were programmed to commit the mass expulsion. It was inserted to us with the — as you say, with the milk of our mothers. In school, the Bible, in a secular school, was taught five days a week as if it is an historical document. And we were already ready when ’48 war broke out. We were already indifferent to the Palestinians —- not even hating, just indifferent. They became for us a kind of an environmental nuisance. It is the kind of objectification which prepared us not to care about the expulsion, which we saw in front of our eyes.


AMY GOODMAN: Where did you see it? Where were you?


TIKVA HONIG-PARNASS: I was in Jerus—- I started university one month before the decision of the UN, and I joined the Palmach. And all the area of Beit Jibrin, Beit Jamal and Zakariyah, which are now refugees in Dheisheh and in Beit Jibrin and in camps around Bethlehem, these are camps of refugees who were expelled while the Palmach, in which I was a soldier, occupied and expelled.


There is a letter which was published already in many — but it’s showing — it’s a letter to my parents from October 30, ’48, saying — I’m writing the letter on a office stationery of the director of [inaudible], a oil company station, which fled a few days before we came — before I came there. I don’t even relate to the fact that I’m writing on someone’s stationery.


And the story on the [inaudible], which really raises my hair ’til this very moment is, I’m telling about two American volunteers who came — you know, there were many American volunteers who came after World War II, and they joined our unit, and I’m saying that these two Americans, they were liberals. We were Zionist left. And that’s the decisive difference between us and these two Americans. They were shouting at evening — in the evening that they met women and children starving to bread — this is a translation from Hebrew — on the way back to their villages. And they started saying that if this new state can’t take care of its residents, there is no justification for it to be established.


And what my reaction is that I tell to my parents — and I said, “Dear mother and father, I am very often sick and tired of these American philanthropes.” I don’t say “humans” or “with human values”; I say “philanthropes.” And then I go on, of course, with my daily information home, as if nothing happened. So what I can say is that it’s the climax of dehumanization, not only of the Palestinians, but of us who committed the job with a [inaudible].


AMY GOODMAN: Tikva Honig-Parnass, for those who say the Palestinians left of their own accord, what is your response?


TIKVA HONIG-PARNASS: I didn’t get you. The line —-


AMY GOODMAN: For those who say the Palestinians left of their own accord in 19—-


TIKVA HONIG-PARNASS: No, no. What do you mean, “of their own accord”? No, of course not. It was actually — already we know now. Already, the — not only the new historians, but even Benny Morris, who justifies the ethnic cleansing, already we know that it was a pre-planned [inaudible], which was to evacuate the land — the land, so that it will be with a Jewish majority, because according to the UN decision, there was half and half Jews and Palestinians.


So, you know, the ridiculous thing is that after all we know, only two weeks ago, a very fine person, like Uri Avnery, who really fights against occupation, or ’67 occupation, repeats the Zionist narrative that the plan wasn’t aimed at cleansing the land, but because of military considerations. So after all this information, which is flowing from the most serious, not only Palestinians, which Israelis don’t respect — after all this, you’ll ask everyone here in Palestine, in Israel, and they will tell you that they went — that they left because the leaders of the Arab states, they encouraged them to leave. But it’s no point anymore even going after it, after all these dozens of books which reveal the truth about the Nakba.


AMY GOODMAN: Tikva Honig-Parnass, we have to break, but we’re going to come back. She fought for the creation of Israel in 1948 with the Palmach and Haganah, the paramilitary units that helped to establish the state of Israel. When we come back, we’ll also be joined by other guests, including Israeli historian Benny Morris. Stay with us.

As Israelis Celebrate Independence and Palestinians Mark the “Nakba,” a Debate with Benny Morris, Saree Makdisi and Norman Finkelstein 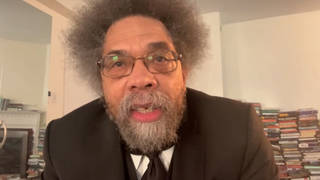