AMY GOODMAN: As we wrap right now on Mother’s Day, Sunday, I’ll be joined in a minute by Susan Galleymore, the author of a new book on [mothers] speaking out about war and terror. First I want to play an excerpt of a short film by Robert Greenwald called Mother’s Day for Peace. It features a dramatic reading of Julia Ward Howe’s “Mother’s Day Proclamation,” which was written in 1870 protesting the carnage of the Civil War, with readings featuring Felicity Huffman, Christine Lahti, Fatma Saleh, Ashraf Salimian, Vanessa Williams, Alfre Woodard. It begins with Gloria Steinem.


GLORIA STEINEM: Mother’s Day really was in its origin an antiwar day, an antiwar statement. Julia Ward Howe was sickened by what had happened during the Civil War, the loss of life, the carnage, and she created Mother’s Day as a call for women all over the world to come together and create ways of protesting war, of making a kind of alternate government that could finally do away with war as an acceptable way of solving conflict.

VANESSA WILLIAMS: Arise then…women of this day!
Arise, all women who have hearts!
Whether your baptism be of water or of tears!

Say firmly:
“We will not have questions answered by irrelevant agencies,
Our husbands will not come to us, reeking of carnage,
For caresses and applause.

Our sons shall not be taken from us to unlearn
All that we have been able to teach them of charity, mercy and patience.
We

ALFRE WOODARD: We, the women of one country,
Are too tender of those of another country
To allow our sons to be trained to injure theirs.”
From the bosom of the devastated Earth a voice goes up with
Our own. It says: “Disarm!

Disarm!
The sword of murder is not the balance of justice.”

ASHRAF SALIMIAN: Blood does not wipe out dishonor,
Nor violence indicate possession.

CHRISTINE LAHTI: As men have often forsaken the plough and the anvil
At the summons of war,
Let women now leave all that may be left of home
For a great and earnest day of counsel.

Let them meet first, as women, to bewail and commemorate the dead.

ALFRE WOODARD: Let them solemnly take counsel with each other as to the means
Whereby the great human family can live in peace…

Each bearing after his own time the sacred impress, not of Caesar,

VANESSA WILLIAMS: But of God —
In the name of womanhood and humanity,

ASHRAF SALIMIAN: I earnestly ask
That a general congress of women without limit of nationality,

ALFRE WOODARD: May be appointed and held at someplace deemed most convenient

And at the earliest period consistent with its objects,

VANESSA WILLIAMS: To promote the alliance of the different nationalities,

The great and general interests of peace. 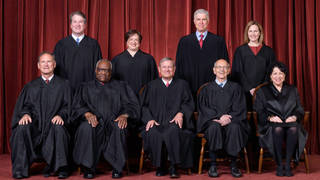