Former President George W. Bush has been forced to cancel a planned trip to Switzerland after human rights attorneys threatened to take legal action against him for sanctioning the use of torture. The Center for Constitutional Rights said they had planned to bring a complaint on behalf of two men who were tortured by U.S. interrogators and held at the military base at Guantánamo Bay, Cuba. “It was disappointing that we’re not able to actually prosecute him,” says CCR legal director Bill Quigley. “But I think it has shown worldwide that even though he was the president of the United States, if you engage in torture… there are consequences.” [includes rush transcript]

JUAN GONZALEZ: Former president George W. Bush was scheduled to be heading to Switzerland this weekend for his first trip to Europe since leaving office. He was set to speak on Saturday at a dinner in Geneva in honor of United Israel Appeal. But Bush canceled the trip after human rights attorneys threatened to take legal action against him for sanctioning the use of torture.

One of the key pieces of evidence against the former president has been his own words. In an interview last November with NBC’s Matt Lauer, Bush openly admitted authorizing the use of torture on prisoners.

MATT LAUER: Why is waterboarding legal, in your opinion?

GEORGE W. BUSH: Because the lawyers said it was legal, said it did not fall within the Anti-Torture Act. I’m not a lawyer. And — but you got to trust the judgment of people around you. And I do.

MATT LAUER: You say it’s legal, and the lawyers told me.

MATT LAUER: Critics say that you got the Justice Department to give you the legal guidance and the legal memos that you wanted.

MATT LAUER: Tom Kean, who was the former Republican co-chair of the 9/11 Commission, said they got legal opinions they wanted from their own people.

GEORGE W. BUSH: Well, he obviously doesn’t know. I hope Mr. Kean reads the book. That’s why I’ve written the book. He can — they can draw whatever conclusion they want.

MATT LAUER: If it’s legal, President Bush, then if an American is taken into custody in a foreign country, not necessarily a uniformed American —

MATT LAUER: I’m just asking. Would it be OK for a foreign country to waterboard an American citizen?

GEORGE W. BUSH: It’s — all I ask is that people read the book. And they can reach the same conclusion if they would have made the same decision I made or not.

GEORGE W. BUSH: Yeah, I would.

We’re joined by Bill Quigley, legal director for the Center for Constitutional Rights.

Were you disappointed by the cancellation of Bush’s trip?

BILL QUIGLEY: Well, yes and no. I mean, we really hoped that we could persuade Swiss prosecutors to actually charge him with criminal acts and to issue an arrest warrant. At the same time, everybody knew all along that one of the ways that people who are facing criminal charges in a certain jurisdiction, one of the ways they react is by not going to that place. And so, it was disappointing that we’re not able to actually prosecute him, but I think it has shown worldwide, really, that even though he was the president of the United States, if you engage in torture, which is universally felt to be illegal and unjust and immoral, that there are consequences for that.

So, we filed, along with 60 human rights organizations from around the world, this complaint and backed it up with 2,500 pages of documentation that shows his participation in torture, not to mention his own admission of it in his own book about that. And so, I think it is a big step forward in terms of human rights accountability for torture. As you know, CCR and other groups have been pursuing Bush and a number of the top lawyers in Spain, we’ve tried in Germany, tried in France. And this is really about the closest that we’ve gotten so far. So, he can run, and if he stays at the Super Bowl or whatever, you know, he may not face problems in Texas, but if he goes outside the United States, there are people all over the world that want to try to hold him accountable.

JUAN GONZALEZ: I was going to ask you about that. How many countries effectively now are off-limits to not only Bush, but some of the other former members of his administration, in terms of where the potential for these kinds of prosecutions actually being taken up are?

BILL QUIGLEY: Well, there’s quite a number of places in Europe where there are groups that have already started, some with our participation, some on their own. There’s even a group in Canada. You know, Bush is supposed to go to Canada later this year, and a group that is going to try to engage that there. I think the world is shrinking for him, as it has shrunk in the past for Kissinger and other people who have engaged in what the world understands as human rights violations. And so, it’s exciting, because human rights work is — it’s a growing thing, and it depends on the understanding of people, depends on the approval of other countries. Here, we had two Nobel laureates joined us. We had the previous special rapporteur on torture, had the current rapporteur — U.N. rapporteur on torture saying, “It doesn’t make any difference if he’s the president of a country or not. Nobody has impunity when this happens. People are responsible, and they’re going to have to face the consequences.”

AMY GOODMAN: WikiLeaks has been very significant in letting you know what the U.S. government is doing behind the scenes, as in Spain, the — I think his name was [Eduardo] Aguirre, the Cuban American banker who was appointed by President Bush to be the ambassador to Spain, intervening at every level of the government to try to stop these lawsuits from moving forward in Spain against Rumsfeld and Gonzales, when he was attorney general, etc.

BILL QUIGLEY: Right. WikiLeaks has been a tremendous new spotlight for those of us who are fighting for human rights, a tremendous addition, I think, to democracy and human rights. And it showed that in Spain, in exact opposite to what both the United States and the Spanish government has said, the United States consistently intervening into that case to try to stop it, to remove an activist judge who was one of the overseers of those proceedings.

AMY GOODMAN: If 147 countries have signed the Convention Against Torture, does that make President Bush subject to prosecution in all of those countries?

BILL QUIGLEY: We would say yes. I mean, every country has their own sort of decision about how they’re going to prosecute people from other countries. Switzerland has one: if there is somebody who is a human rights abuser on your soil, then you can bring an action against him. So, that was the action that was being taken in Geneva.

NEXTHuman Rights Attorney Bill Quigley on the U.S. Deportation Death Sentence and the Undermining of Meaningful Elections in Haiti 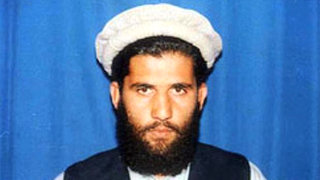