Grace Lee Boggs on Detroit and “The Next American Revolution: Sustainable Activism for the Twenty-First Century”

We discuss the state of the economy in Detroit, “ground zero” for the economic downturn in the United States, with civil rights activist and author, Grace Lee Boggs. “I think it’s very difficult for someone who doesn’t live in Detroit to say you can look at a vacant lot and, instead of seeing devastation, see hope,” says Boggs, “see the opportunity to grow your own food, see an opportunity to give young people a sense of process, that’s very difficult in the city, that the vacant lot represents the possibilities for a cultural revolution.” [includes rush transcript]

AMY GOODMAN: Our guests are Thomas Frank, author of The Wrecking Crew. We’re also joined by the Reverend Jim Wallis in Washington, D.C., on the 18th day of a hunger fast that tens of thousands of people have joined all over the country, as well as a number of members of Congress, protesting budget cuts. And we’re joined by the legendary Detroit activist Grace Lee Boggs.

Grace, the latest news out of Detroit, Mayor Dave Bing warned that the state could appoint an emergency manager to oversee Detroit if his budget isn’t approved. Detroit is ground zero.

GRACE LEE BOGGS: Well, I think that’s the problem, is that the Governor of Michigan, the Mayor of Detroit think that it’s a financial issue. And there are — I mean, there are huge financial issues in Detroit, but you can’t look at a time like this mainly in terms of finances. You have to ask yourself, if 10,000 students are dropping out of school every year, creating a huge fiscal crisis, is it a financial question, or have the schools failed? And were they created at a time when people were thinking an industrial society and preparing children for a job in a society that no longer exists? And do we have to begin looking at our children and our educational system in terms of how children can become a part of the solving of our city’s problems, and not isolated in classrooms to be given information that they regurgitate so that they can get jobs which don’t exist?

AMY GOODMAN: You’re in a desperate situation in Detroit. I mean, you have, for example, the population is at its lowest point in a hundred years. It has declined by 25 percent in the last decade.

GRACE LEE BOGGS: So, what’s so wonderful about a huge population? When I came to Detroit over 50 years ago, the population was two million.

AMY GOODMAN: Your parents were Chinese immigrants here in New York, and you ended up moving with your husband, Jimmy Boggs?

GRACE LEE BOGGS: Yes, I moved from New York, where I had lived a good deal of my life and where I went to school, to Detroit, because I thought that the working class in Detroit was going to rise up and restore, reconstruct the city. And I arrived at a time when the population was beginning to decline, when the working class was shrinking. And I had to begin learning from what was taking place. And that learning process is something that a lot of people are undergoing.

And I think it’s very difficult for someone who doesn’t live in Detroit to say you can look at a vacant lot and, instead of seeing devastation, see hope, see the opportunity to grow your own food, see an opportunity to give young people a sense of process, that’s very difficult in the city, that the vacant lot represents the possibilities for a cultural revolution. It’s amazing how few Americans understand that, even though I think filmmakers and writers are coming to the city and trying to spread the word.

JUAN GONZALEZ: Well, Thomas Frank, what about this issue of not concentrating solely on the political aspects of the crisis, but seeing a general need for Americans to refashion their relationship with each other? You’ve written recently at Harper’s Magazine about all of the uprisings in Wisconsin, the protests that have been spawned over the government cuts. Your sense of this relationship between the political movement and the social relationships or cultural development among the American people?

THOMAS FRANK: Yeah, I want to say two things about this. And the first one is — is a little bit depressing, but I think I’m right about this. And I was very struck by what Grace was saying about a cultural revolution, people have the sense that the welfare state is kaput, you know, that we’ve come to the end of something in America. And this is the really strange thing, is, as I — you know, I spent the last couple years following the Tea Party movement, writing about them, going to their rallies, reading their books, that sort of thing. They have that exact same sense, but it comes from this completely different political perspective, right? But they’re out there right now calling for the end of the welfare state: “We can’t afford it anymore. We have to get back to, you know, the fundamental truths that this country was founded on,” by which they mean complete laissez-faire private enterprise. And they see themselves really as overturning everything, going back to Franklin Roosevelt, or even, in some cases, a guy like Glenn Beck, going back to Woodrow Wilson. That’s what they’re — that’s what they’re after. But they see it in this same apocalyptic way. And there is something — there is something that is really, really powerful about that image and that way of looking at things, you know? And, you know, we have our own way of speaking about it, and Grace put it very eloquently, but the right has their own way of talking about those things. And so far, they’ve been massively successful with it. OK, which brings us to — and I’m sorry, that is — it’s depressing, but it’s true. That is what’s happening out in the streets of this country.

The other thing is Madison, Wisconsin. So I was out there for some of the protests, not — I wasn’t there for the big ones where they had 100,000 people, which actually happened, 100,000 people in a state capital, you know, in a Midwestern state, protesting the war on organized labor in that state. But what was really amazing, when I was out there, you know, on ordinary protest days — you know, a couple of thousands of — thousand people there — that there’s this amazing solidarity. It’s like nothing I’ve seen in my lifetime. I mean, I’ve covered strikes before. I’ve written about, you know, all manner of labor disputes, but I’ve never seen anything like this, where you’ve got people from all over the city — in fact, from all over the state — including farmers, showing up to protest Governor Walker’s war on collective bargaining. I mean, the right, I think — and this very interesting — I think they may finally have picked a fight that has — you know, they have aroused the other side, finally, you know? I have never seen anything like this in my entire life. And it was — I went to a small town. And I describe this all in the current issue of Harper’s Magazine, or it’ll be on newsstands tomorrow or the next day or something like that. But I went to a protest in a small town in Wisconsin, a small Republican town in Wisconsin. And I grew up in a state with a lot of small towns, right? In Kansas. I have never seen an organized labor protest in a small town before. This was just — this was an astonishing thing to me. And I think it should be astonishing to all of us. This is — all those myths of red states and blue states, all of that stuff, if we keep on down this road, all of that stuff will be tossed overboard. It’ll be irrelevant. I hope it happens.

JUAN GONZALEZ: And Reverend Jim Wallis, your final comments in terms of how you see this whole relationship between the need to continue to change the policies of the government and the need for Americans to have a renewal of their relationships with each other, a cultural revolution, as Grace Lee Boggs says?

REV. JIM WALLIS: Being from Detroit, I’m always glad Grace is there. I’m always glad that she’s there to be saying what she’s saying. What the President said yesterday that I do agree with, he said the outcome of these debates will determine what kind of country we want to be, what kind of people we want to be. As the conversation has turned here in this discussion, it shows us that, finally, Washington is not the arena where change takes place. We are fighting terribly bad choices around the budget. We’re saying a budget is a moral document.

But I’m also saying that, finally, it is social movements that change things the most. It’s never what happens in Washington. It’s always the abolitionist movement and the civil rights movement and the women’s movement, the labor movement. It’s movements that really change history and force Washington to change. So, our real hope is a new generation coming of age and saying, “We want to live differently in our relationship to each other, in our relationship to economy, to political power.” And I think the hope is really going to come from social movements. And so, you know, it’s movements that always make change, time and time again. And my hope is not with the government, not with the economy. My hope is with those social movements.

But there are battles we have to fight right now, and we have to make it clear that we’re making choices about people’s lives here. And we have to make sure — we almost need a national referendum on the choices. And that’s, I think, the task before us right now.

It’s a Hoax: GE Does Not Plan to Return $3.2 Billion Tax Refund to U.S. Treasury

NEXTIt’s a Hoax: GE Does Not Plan to Return $3.2 Billion Tax Refund to U.S. Treasury 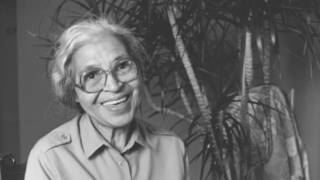