“That Woman Is Worth Paying Attention To”: Medea Benjamin Explains Why She Disrupted Obama’s Speech

Less than 24 hours after she interrupted President Obama’s major speech on the future of the secret drone war and Guantánamo, CodePink co-founder Medea Benjamin describes why she repeatedly interrupted Obama’s address. Benjamin, the author of “Drone Warfare: Killing by Remote Control,” criticized Obama for failing to explain why a U.S. drone in Yemen killed the teenage U.S. citizen Abdulrahman al-Awlaki in 2011. “I was very disappointed. He said that his policy is to capture, not kill. That’s just not true. I know personally of many incidents where it would have been very easy to capture people, like the 16-year-old Tariq Aziz in Pakistan, who was in Islamabad at a well-known hotel, but instead was killed by a drone strike two days later,” Benjamin says. “I think the president is really justifying the use of drones, which will continue to happen under his administration and be passed on to the next.”

JUAN GONZÁLEZ: To discuss President Obama’s first major address on counterterrorism strategy since he was re-elected, we’re joined now by three guests. In Washington, D.C., Medea Benjamin is the co-founder of CodePink and author of Drone Warfare: Killing by Remote Control.

AMY GOODMAN: She repeatedly interrupted President Obama’s speech Thursday in an exchange that ended with him saying, quote, “The voice of that woman is worth paying attention to.”

Medea Benjamin, welcome to Democracy Now! Talk about what happened yesterday. First of all, how did you get into the National Defense University for this address? I would assume your face is one of the most famous on Capitol Hill.

MEDEA BENJAMIN: There are some secrets, Amy, that can’t be disclosed. But it was great to get in there. And, you know, President Obama, when I just listened to that segment, he said that I wasn’t listening to him. I was hanging on every single word. And I really expected to hear some major policy changes, and I didn’t know whether I was going to speak up or not. If he had said something like, “To show my commitment to Guantánamo, next week we will start releasing those prisoners who have been cleared,” or if he had said, “We’re taking drones out of the hands of the CIA immediately,” or, “We’re going to immediately say that signature strikes, where people are killed on the basis of suspicious behavior, will no longer be allowed,” if he had said anything like that significant, I wouldn’t have spoken up.

AMY GOODMAN: You told The New York Times, in the piece today, that you don’t like being called a “heckler.” Why not?

MEDEA BENJAMIN: I think a heckler is a very negative term, and I think it’s a positive thing when people find the courage to speak up to leaders who are not leading. And I didn’t do what I did to embarrass the president. I did it because I feel that he needs to be pushed more, that it has been over four years now of policies that have been killing innocent people with drones. It has been now over 11 years that innocent people are still being held in Guantánamo and now being force-fed. These are crisis situations, and it requires more from us as citizens.

JUAN GONZÁLEZ: Medea, having watched interruptions of presidents over many decades, I was struck by the fact that you got to interrupt him three different times in that speech. I’m wondering, do you get a sense—did you get a sense they were going—usually, after the first or maybe the second time, the Secret Service would move in to drag people away. But did you get a sense that maybe, to some degree, his people didn’t mind the interruptions, to the degree that he was then able to show that he is confronting opposition on the left to his policies?

MEDEA BENJAMIN: No, not at all. That’s not the way it went down, Juan. What you didn’t see is what was happening behind the scenes, of the Secret Service, the FBI, the people from the base coming over and saying, “You must come with us immediately, or you’ll be under arrest,” and trying to grab me. And I was saying, “Don’t touch me. I’ll scream. You don’t want to make a scene in front of the president. You will regret this if you do it.” And they were really confused about what to do.

JUAN GONZÁLEZ: So, no order came down immediately to remove you then from the—after the first interruption?

MEDEA BENJAMIN: They all came down immediately, and they didn’t know what to do, so they sat down next to me. They sat down behind me. They got up again. They told me I must leave. I said, “No, I’m not leaving.” This was all going on in between those three interruptions.

AMY GOODMAN: I wanted to ask your assessment of what President Obama said around the issue of drones. Medea, you have written a book about drone warfare. And do you feel he has laid out a different course for drone attacks?

MEDEA BENJAMIN: No, I don’t think so. In fact, I was very disappointed. He said that his policy is to capture, not kill. That’s just not true. I know personally of many incidents where it would have been very easy to capture people, like the 16-year-old Tariq Aziz in Pakistan, who was in Islamabad at a well-known hotel, but instead was killed by a drone strike two days later. Or we have the cases in Yemen, where the activist speaking before Congress said that in his village it would have been very simple to capture the person they were after, but instead they sent in a drone.

I don’t think he laid out major changes. The drone strikes are lessening in Pakistan. We don’t really know yet what’s happening in Yemen. But there are drone bases being built up all over the world, including in places like Saudi Arabia, that are making us less safe here at home. So, I think the president is really justifying the use of drones, which will continue to happen under his administration and be passed on to the next. 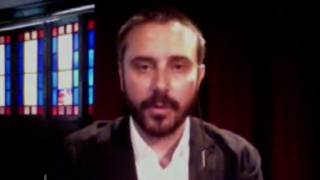