Watch the video above to see Cecily McMillan speak with reporters after her release; and an interview with her supporter Lucy Parks, by Democracy Now! fellow Messiah Rhodes. Scroll down to read the full transcript.

“I was driven to Queens and dropped off on the side of the road,” Cecily McMillan said of her release from jail this morning with just a MetroCard.

The Occupy Wall Street activist had planned to meet her supporters at the Rikers Island jail complex where she served 58 days for elbowing a police officer during her arrest at a protest. McMillan says she struck out instinctively when her breast was grabbed from behind.

By this afternoon she had found her friends and was back at Rikers Island, where she held a press conference — outside the jail — to draw attention to a list of concerns and demands she gathered from the women prisoners she met while serving her sentence.

“If Judge Zweibel, Cyrus Vance or Michael Bloomberg set out to make an example out of me to dissuade dissent, this has had exact opposite impact. I am absolutely and further committed to fighting for rights and freedoms that I did not even realize had been eroded to the extent they had,” McMillan said.

One of the women’s key demands is that they be provided with adequate, safe, and timely healthcare, including mental healthcare services. McMillan noted in particular the death of a prisoner named Judith.

“Judith … was transferred to our dorm 4 East A, where I was housed, only a few days before her death. She had recently been in the infirmary for a back problem, and had been prescribed methadone pills for the pain for quite a while. A few days before she died, they decided to change the medicine to liquid despite her dissent. They gave her a dosage of 190mg, which any doctor will tell you is a dangerous dosage, far higher than what anyone should be taking unless it is a serious emergency. Judith was not allowed to turn down the medicine or visit the clinic to get the dosage adjusted.

“After three days on that dosage, Judith could no longer remember who or where she was and had begun coughing up blood, accompanied with what we believe were chunks of her liver. We attempted unsuccessfully to get her medical treatment for the entire day, at one point being told that this was 'not an emergency,' despite the fact that Judith was covered in blood. That night they finally removed her to the hospital, where she remained in critical condition before passing away a few days later.”

This comes after a homeless mentally ill ex-marine died in an overheated cell at Rikers in February. The death of another prisoner led the FBI to arrest a corrections officer at the facility in March. Captain Terrence Pendergrass repeatedly ignored a 25-year-old mentally ill prisoner’s pleas for help after he ate a packet of detergent and began vomiting.

McMillan told reporters she had no regrets and was glad she got to know her fellow prisoners at Rikers Island.

“I will work tirelessly to make sure that these women’s voices reach outside the prison system,” she said. “I feel like we have finally made a real and concrete step towards effecting a true possibility of the statement, 'We are the 99 percent.'”

McMillan remains on probation for the next five years.

This is a rush transcript of the video above. Copy may not be in its final form.

CECILY McMILLAN: I said, “Yes, why aren’t they being released?” And then I was driven to Queens and dropped off on the side of the road with a MetroCard, after I spent about 35 minutes seated in that car trying to figure out why I was not being driven to the Perry Center, where my friends were waiting for me, and contesting the fact that it was an abolition of my rights to continue to hold custody of me without my consent. I had no ID. I had no phone. I had no keys. I had all my property. I had no idea where I was. And quite frankly, I was terrified that it was another setup in order to paint me as a serial criminal who is arrogant and outright against the institution of law.

GABRIELLE FONROUGE: Where exactly were you dropped off in Queens? Do you know?

UNIDENTIFIED: Can you identify yourself, please?

CECILY McMILLAN: Queensboro. I found out from a gentleman who recognized my package as somebody having been just released from jail that I think it was Long Island City.

GABRIELLE FONROUGE: Uh-huh, and how did you get out of there?

CECILY McMILLAN: The same young gentleman, who turned out to be an activist for Chinese immigrant rights, ended up letting me use his cellphone and sitting with me the entire time I was there until my friends showed up via a car and helping me to—I was terrified. I did not want to be alone.

CALEB MAUPIN: Caleb Maupin, Press TV. Are you planning any further civil action against the NYPD or Grantley Bovell?

CECILY McMILLAN: Absolutely. But again, when I stood before trial, I was a law-abiding citizen that was worthy of being listened to, worthy of being trusted. Now I’m a felon. I don’t know that a civil suit will necessarily work for me any longer. One more question.

CECILY McMILLAN: I would say that if Judge Zweibel, Cyrus Vance or Michael Bloomberg set out to make an example out of me to dissuade dissent, this has had the exact opposite impact. I am absolutely and further committed to fighting for rights and freedoms that I did not even realize had been eroded to the extent that they have. I will work tirelessly to make sure that these women’s voices reach outside of that prison system. And I feel like we have finally made a real and concrete step towards effecting a true possibility of the statement, “We are the 99 percent,” and uniting against the corporate takeover of our democratic state and reclaiming it for ourselves as citizens, and which they are accountable to—or should be held accountable to.

MARLA DIAMOND: I’m Marla Diamond with WCBS. Do you have any regrets?

CECILY McMILLAN: I wish that I had gone to the beach more before the trial. I mean, other than that, I stood up there and did what I resolved to do. I wouldn’t change a thing. I am so incredibly lucky to have met the women that I met in Rikers, to have had them as guidance, to be given a broader view of the people that we’re fighting for. No, I don’t have any regrets.

LUCY PARKS: So today Cecily was released from Rikers Island after 58 days there this round and two counted from when she was first arrested. But this morning we were expecting her to be released here, because that’s what they usually do. But this morning, like she said in the press conference, a bunch of captains basically grabbed her and hustled her around for a while and then threw her in a car with tinted windows, didn’t tell her where they were going, dropped her off at Queensboro Plaza. We got a frantic call from her. I think she borrowed someone’s cellphone at around 10:00 a.m. to come and pick her up, so that we could get her here, because she didn’t have a phone or credit cards or ID or anything.

We haven’t fully decided exactly what to do next, but the way things are shaping up, I think that there will be a major push about conditions in Rikers Island, and I think that’s something we very much want to be a part of. And that’s obviously something Cecily cares very deeply about, because those are her friends, and that’s her—I mean, she refers to them even as her family. So I think that the next step for her and for a lot of New York City activists is going to be fighting about Rikers’ conditions and fighting about incarceration.

Supporters at this moment, I think, should rejoice, be happy, maybe have a beer, but then remember how many people are still locked up in Rikers Island right now and then start work on that tomorrow. And I do think that the amount of press and attention that Cecily’s case has gotten and how much people care about that and how much people listen to what she says will create a huge push towards prison justice and prison abolition, because, honestly, there were a lot of people who hadn’t thought about the criminal justice system being messed up, who didn’t really care about it, who, when they saw Cecily’s case, finally got mobilized and finally got really angry about it. And, I mean, personally, I would have liked people to be really angry about it a long time ago, but now that it’s happening, we have to take it, and we have to do something really powerful with it. 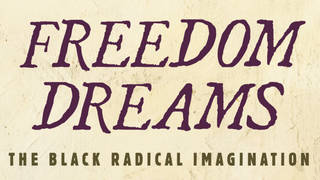