The upheaval in Ferguson, Missouri, has called to mind the racial divisions that split open in the 1960s with a series of uprisings in cities across the country. In 1967, President Lyndon Johnson established what became known as the Kerner Commission to investigate the causes of the unrest. In February 1968, the commission famously concluded: “Our nation is moving toward two societies — one black, one white — separate and unequal.” Just a month later, the assassination of Dr. Martin Luther King Jr. sparked uprisings in more than 100 cities across the United States, including Kansas City, Missouri, where the National Guard was deployed and at least five people were killed. We speak with Jamala Rogers, who was born in Kansas City, Missouri, and witnessed the 1968 uprisings. She recently did a commentary for St. Louis Public Radio titled “Kerner Commission Warning Comes True — Two Societies, Separate and Unequal.” Rogers is a founder and past chair of the Organization for Black Struggle in St. Louis, Missouri. She joins us from the streets in Ferguson.

AMY GOODMAN: We go back to the streets of Ferguson, Missouri, joined by Jamala Rogers, founder and past chair of the Organization for Black Struggle in St. Louis, Missouri, born in Kansas City, witnessed the 1968 riot there. Her recent piece for St. Louis Public Radio is called “Kerner Commission Warning Comes True—Two Societies, Separate and Unequal.”

Jamala, if you could talk about this call by so many, asking why the delay in information coming from the police—except for information they released, allegedly, about Mike Brown shoplifting—being pushed hard to release the name of Darren Wilson, the police officer, asking why there is no action on an indictment? Now a grand jury has been empaneled. Our guest yesterday said that an indictment could come down without a grand jury. Can you talk about the prosecutor in this case and the calls for him to step aside, Bob McCulloch?

JAMALA ROGERS: Bob McCulloch has a very ugly history in terms of the prosecution of African Americans in the St. Louis County. Some of those cases have also come back to haunt him in terms of wrongful conviction. So there’s no confidence in his ability to bring justice to the family of Mike Brown or to the Ferguson community. And so that’s why the growing voices are getting stronger and stronger in terms of him stepping back and a special prosecutor being appointed.

The problem with a grand jury is that anybody who has an understanding of how that works knows that most of the time grand juries are an appendage of the prosecutor. So, when he decided to convene a grand jury, that also escalated people’s anger and outrage that justice was not going to be served.

AMY GOODMAN: Apparently, Mr. McCulloch, the prosecutor, criticized the appointment of Ron Johnson, the highway security captain who was brought in, saying it will demoralize the local police—the police of Officer Wilson, right, in Ferguson. He also comes from a family of police officers. In fact, his father was killed in the line of duty. The questioning of whether he can be objective when it comes to actually investigating a police officer?

JAMALA ROGERS: Well, I think, again, there’s no confidence in Bob McCulloch. And if he really wanted to do the right thing by Ferguson, first of all, he would not have been criticizing Ron Johnson’s assignment to that area. Ron Johnson has a history with Ferguson. He lived there. While he was there, there was calm on the streets the first night.

The fact that there is continued military presence in Ferguson is what’s keeping the fires going in Ferguson, let’s be clear on that. So, the outrage and anger and pain that the community is feeling has only been exacerbated by the fact that you have M-16s pointing at people, you have armored tanks in the streets. So, I keep thinking and wondering what would be the case if that presence was not there, and who would young people be throwing rocks at. And so, if they left the area and if they actually were there to keep peace and calm, as opposed to harassing folks and doing all kinds of things that have been captured not only on social media, but by some of the bona fide media—so, this is a force that has no interest in making sure that this community is safe and calm. They are trying to make a point. And the point is that more military presence is needed as opposed to less.

And so, I can recall an incident where young people were trying to stand in front of a store to keep folks from breaking in and looting, and the police deliberately threw tear gas to disperse them, allowing the looters to continue. So, we see these kinds of things on a regular basis. We see young people being harassed. We see, last night, some young people were beaten by the police. So all of these incidents just continue to mount up. And it’s the same with the situations of police abuse and police murder, that there is rarely a time when the police are going to get their due, and they are beyond the law. And young people in our communities, both black and brown communities, are really tired of seeing our young people be target practice for the police.

AMY GOODMAN: Are you encouraged by Attorney General Holder coming to Ferguson tomorrow, on Wednesday, the dispatch of something like 40 FBI agents, officers, to investigate, do a separate investigation at a federal level into the death of Michael Brown, who, again, as was pointed out before, lay in the street for hour after hour after hour, to people’s puzzlement, that image of Michael Brown’s body laying in the street for more than four hours?

JAMALA ROGERS: Well, you know, that was the image that I think really galvanized people’s anger, and now the fact that the autopsy has revealed that he was shot six times, two of those shots to the head, which means he was in a lowered position. And so, I think if the police had been acting properly, they would have immediately arrested the officer and started the process of indictment. So, when I think about the Feds coming in, that’s probably a different kind of animal. I don’t think that there is that much faith in them. They have investigated other situations of police murder, and nothing has really come out of it. So we’ll see. I mean, I was on the phone call yesterday with the White House, and Eric Holder assured folks that there was going to be a swift, but thorough, investigation, that they wanted to, you know, dispatch their people and get the facts. And so, we’ll see. I mean, we’ll see. But right now, I think that whatever the Department of Justice has at their disposal, including trying to talk Mr. McCulloch to stand down, they need to be doing that. I mean, there is plenty of blame to pass around in terms of law enforcement, but it’s clear that the police chief in Ferguson has bungled this case, and somebody needs to take it from him.

AMY GOODMAN: Just to be clear on the quote of the St. Louis County prosecuting attorney, Bob McCulloch, criticizing Governor Jay Nixon’s decision to bring in Captain Ron Johnson of the state Highway Patrol, he told the St. Louis Post-Dispatch, quote, “It’s shameful what he did today, he had no legal authority to do that. To denigrate the men and women of the county police department is shameful.” That is the prosecutor that has empaneled the grand jury and will decide whether Officer Wilson will be indicted. Jamala Rogers, you go way back. You were born in Kansas City. It’s where the riots took place in 1968. Can you very briefly, as we wrap up, give us a little history about the National Guard, about the unrest in Missouri?

JAMALA ROGERS: I think one of the things that Phillip mentioned earlier is that the National Guard is supposed to be the last resort. And here, we have people coming in and engaging in this kind of military behavior. In Kansas City, when it happened, it really did ratchet up the violence. A number of people were actually killed after the Guard came in. And so, you know, it was very scary for me to hear that they were on their way, quite frankly. And I don’t see them as anything but an occupying force. And we see that even in terms of the media camp here. So, it brought back pretty vivid memories. And it also brought back the fact that the same conditions that the Kerner Report found in their report—you know, poor education, lack of resources, unemployment, a racist media—all of those ingredients are being stirred up right here in Ferguson, but all across the urban centers of America.

AMY GOODMAN: Well, Jamala Rogers, I want to thank you for being with us, founder and past chair of the Organization for Black Struggle in St. Louis, Missouri—

JAMALA ROGERS: Thank you for having me. 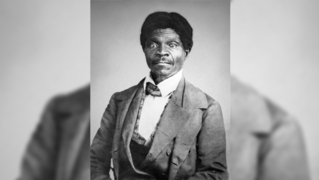