In a major victory for human rights activists, a Guatemalan court has returned a guilty verdict in the Spanish Embassy massacre of 1980. On Monday, the court found former police chief Pedro García Arredondo responsible for ordering an attack on 37 peasant activists and student organizers who were occupying the Spanish Embassy in Guatemala City to protest government repression. According Monday’s ruling, Arredondo was the officer who gave the order to set fire to the diplomatic mission, burning the activists to death. He was also found guilty of two separate murders and sentenced to a total of 90 years in prison. One of the victims of the Spanish Embassy massacre was Don Vicente Menchú, an indigenous peasant leader and father of Rigoberta Menchú, who later won the Nobel Peace Prize. Rigoberta Menchú joins us from Guatemala City to discuss the historic verdict. We are also joined by filmmaker Pamela Yates, who is finishing the third documentary in her trilogy about Guatemala’s internal armed conflict. It looks at how the genocide trial of former dictator Efrain Ríos Montt trial empowered Guatemala’s nonviolent resistance movements.

AARON MATÉ: In a major victory for human rights activists, a Guatemalan court has returned a guilty verdict in the Spanish Embassy massacre of 1980. On Monday, the court found former police chief Pedro García Arredondo responsible for ordering an attack on 37 peasant activists and student organizers who were occupying the Spanish Embassy in Guatemala City to protest the government. Judge María Eugenia Castellanos delivered the verdict.

JUDGE MARÍA EUGENIA CASTELLANOS: [translated] This court unanimously declares, first, that the defendant, Pedro García Arredondo, is the perpetrator responsible for the crimes of murder.

AMY GOODMAN: According to Monday’s ruling, Arredondo was the officer who gave the order to set fire to the diplomatic mission, burning the activists to death. He was also found guilty of two separate murders and sentenced to a total of 90 years in prison.

One of the victims of the Spanish Embassy massacre was Don Vicente Menchú, an indigenous peasant leader and father of the Nobel Peace Prize winner Rigoberta Menchú. In a moment, Rigoberta Menchú will join us live from Guatemala City to discuss this historic verdict—over three decades in the making. But first, let’s go back to a clip of the 1983 documentary When the Mountains Tremble. In the film, Menchú looks directly into the camera and explains why her father and other peasant activists occupied the Spanish Embassy January 31st, 1980.

RIGOBERTA MENCHÚ: [translated] The security forces arrived in our village to throw us off our plot. According to them, it belonged to a nearby landowner. We were very scared, since we didn’t speak Spanish and couldn’t understand them. They destroyed what little we had. So the people started defending themselves. But no one would listen to us, neither the government nor the mass media. That’s why my father got together with many others in the capital, and they decided to take over the Spanish Embassy to let the world know what was happening to us. The rest is history.

AARON MATÉ: That was Rigoberta Menchu in the 1983 documentary, When the Mountains Tremble. Just two people survived the embassy fire. One of them was Spanish Ambassador Máximo Cajal y López. The other was a Guatemalan farmer named Gregorio Yujá. He was subsequently disappeared and his body found with evidence of torture three days after the fire. During the Guatemalan dirty war, more than 200,000 people died—83 percent of them were indigenous Mayans.

AMY GOODMAN: Well, for more, we’re joined now by Democracy Now! video stream from Guatemala City by Rigoberta Menchú. She was awarded the Nobel Peace Prize in 1992. She has published many books, including I, Rigoberta Menchú: An Indian Woman in Guatemala. She’s been translated into over a dozen languages, awarded more than 30 honorary degrees, runs the Rigoberta Menchú Tum Foundation.

Here in New York, we’re joined by Pamela Yates, a partner at Skylight Pictures, a documentary film and digital media company that focuses on human rights and social justice stories. In 1983, she collaborated with Rigoberta Menchú in that documentary, When the Mountains Tremble.

We welcome you both to Democracy Now! Let’s go directly first to Guatemala City. Rigoberta Menchú, you were in the courtroom when the verdict and sentence were handed down. Can you describe your reaction?

RIGOBERTA MENCHÚ: [translated] Well, undoubtedly, this is a historic event. This trial and verdict are huge. We waited 16 years for this verdict to be handed down. The trial went on for 16 years. And this verdict has been issued 36 years after the event itself. So we are deeply moved, and this is a very special moment in our history.

AARON MATÉ: Can you talk about your long quest for justice, almost four decades in the making?

I think that it’s very important, and what’s really crucial here is the memory of the victims and the search for the truth, and also the commitment to substantiate the truth. So the truth is foremost, because they accused us of being liars. They tried to denigrate the memory of the victims. They even said that the victims had burned themselves. But the truth has come forward with this verdict from the court that holds not just García Arredondo responsible, but holds the state of Guatemala responsible for this massacre.

AMY GOODMAN: Let’s go to that issue of the state, because in the same courthouse, General Ríos Montt is on trial, though that trial has been delayed. Can you talk about the significance of what he has done?

RIGOBERTA MENCHÚ: [translated] Yes. There are two guilty verdicts that have been issued in this courthouse: first, the guilty verdict for the Spanish Embassy massacre, and secondly, the guilty conviction of Ríos Montt. In both cases, we are seeing that there are significant legal challenges. The constitutional court has declared the case against Ríos Montt as not—has been annulled. But these are illegal arguments. They are breaking with due process. And so, both cases face significant legal challenges and hurdles to stick.

AMY GOODMAN: Pam Yates, if you could tell us further about what’s happening with Ríos Montt right now, the man who was president from '82 to ’83, what he was convicted of, why he's back in trial, and, as we wrap up, how this implicates—or does it?—the current president of Guatemala, Pérez Molina, and the role of the United States?

PAMELA YATES: That’s a lot, Amy. And buenos días, Rigoberta. The case against Ríos Montt, he is being retried on the same charges of genocide and crimes against humanity. But his lawyers’ strategy is to delay and deny—delay so that he will never go to prison. He’s 88 years old; they hope he will die before that. But isn’t it incredible that the people of Guatemala now have successfully adjudicated these two cases? One for genocide, the first ever of a perpetrator of genocide against indigenous people in the Americas—never happened before.

AMY GOODMAN: That was Ríos Montt.

PAMELA YATES: That was Ríos Montt. And now the—

AMY GOODMAN: The verdict set aside?

PAMELA YATES: The verdict was set aside, but for so many people in Guatemala, the verdict is valid. And, you know, the quest for justice is justice. So the fact that people came into the courtroom and spoke for two months about what had actually happened in Guatemala, in both the Ríos Montt genocide case and the Pedro García Arredondo case, the burning of the Spanish Embassy, really contributes to the historical narrative and setting the record straight about what happened in Guatemala, so everyone knows what actually happened and no one is afraid to talk about it.

AARON MATÉ: And the U.S. role?

PAMELA YATES: The U.S. role—well, the U.S. was totally complicit in the genocide in Guatemala. And we now have the documentation to prove it. When Ríos Montt was being tried for genocide, the Ministerio Público, the Public Ministry, like the Attorney General’s Office, had a very narrow focus on one particular region and one particular group of ethnic Maya, the Maya Ixil. But many other things were happening, and many other areas really need to be explored—the role of Otto Pérez Molina, the current president of Guatemala; the role of the United States. And I’m hoping now that the conviction in the Spanish Embassy case will increase the momentum for this justice initiative to continue. More people have been tried, arrested, convicted of crimes that happened during the war in Guatemala in the last four years than in the previous 30 years. And I think the international community has to support that initiative.

AMY GOODMAN: Rigoberta Menchú, as we wrap up, do you hold the United States responsible, in addition to your own government at the time, the Guatemalan government and military? We only have 15 seconds.

RIGOBERTA MENCHÚ: [translated] Yes, I totally concur. There is a great deal of documentation that has been compiled, part of it related to the Cold War. And, in fact, the weapon that was used to incinerate the Spanish Embassy and to burn those that occupied it is also of a dubious source that is being looked into and documented. So, in conclusion, I do hold not only the state of Guatemala responsible, but—

AMY GOODMAN: We have to leave it there. I’m Amy Goodman, with Aaron Maté. 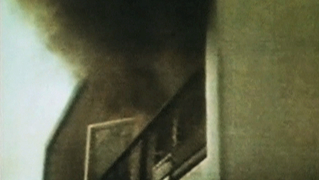