David Talbot, author of “The Devil’s Chessboard: Allen Dulles, the CIA, and the Rise of America’s Secret Government,” re-examines what happened in Dallas on November 22, 1963, and looks at John F. Kennedy’s relationship with his former CIA director. “The weekend of Kennedy’s assassination, Allen Dulles is not at home watching television like the rest of America,” Talbot said. “He’s at a remote CIA facility, two years after being pushed out of the agency by Kennedy, called The Farm, in northern Virginia, that he used when he was director of the CIA as a kind of an alternate command post.” Talbot also asks why the agency has refused to publicly release travel documents of CIA officials who have been identified for having a possible role in Kennedy’s death.

AMY GOODMAN: This is Democracy Now!, democracynow.org, The War and Peace Report, as we continue Part 2 of our conversation with David Talbot on his new book, The Devil’s Chessboard: Allen Dulles, the CIA, and the Rise of America’s Secret Government. I asked him why he was—why Allen Dulles was fired by JFK.

DAVID TALBOT: Well, he was fired after the Bay of Pigs. Kennedy realized he shouldn’t have kept Dulles on from the Eisenhower years. They were philosophically too different. And the Bay of Pigs was the final straw for him. So he was pushed out after that.

And—but Dulles, as I say, continued to sort of set up an anti-Kennedy government in exile in his home in Georgetown. Many of the people he was meeting with, several of the people, including Howard Hunt and others, later became figures of suspicion during the House Select Committee on Assassination hearings in Washington in the 1970s. You know, most Americans don’t know that that was the last official statement, the last official report, on the Kennedy assassination, not the Warren Report back in 1964. But the Congress reopened the investigation into John Kennedy’s assassination, and they did determine he was killed as the result of a conspiracy.

So a number of the people who came up during this investigation by Congress were figures of interest who were meeting with Allen Dulles. They had no, you know, obvious reason to be meeting with a “retired” CIA official. The weekend of Kennedy’s assassination, Allen Dulles is not at home watching television like the rest of America. He’s at a remote CIA facility, two years after being pushed out of the agency by Kennedy, called The Farm, in northern Virginia, that he used when he was director of the CIA as a kind of an alternate command post. Well, he’s there while Kennedy is killed, after Kennedy is killed, when Jack Ruby then kills Lee Harvey Oswald. That whole fateful weekend, he’s hunkered down in a CIA command post. So, there are many odd circumstances like this.

I also found out from interviewing the children of another former CIA official that one of the key figures of interest in the Kennedy assassination, a guy named William Harvey, who was head of the CIA-Mafia plot against Castro and hated the Kennedys, thought that they were weak and so on, he was seen leaving his Rome station and flying to Dallas, by his own deputy, on an airplane early in November 1963. This is a remarkable sighting, because to place someone like William Harvey, the head of the CIA’s assassination unit, put there by Allen Dulles, in Dallas in November of '63 before the assassination is a very important fact. The CIA, by the way, refuses, even at this late date, to release the travel vouchers for people like William Harvey. Under the JFK Records Act, that was passed back in the 1990s, they are compelled by federal law to release all documents related to the Kennedy assassination, but they're still withholding over 1,100 of these documents, including—and I used the Freedom of Information Act to try and get the travel vouchers for William Harvey. They’re still holding onto them.

AMY GOODMAN: How many calls are you getting in the mainstream media to do interviews?

DAVID TALBOT: Well, thank God, I was saying earlier, for alternative media, like this, Amy, because there is resistance to this book. First of all, I call out the mainstream media. I say that New York Times, CBS, Washington Post, Newsweek, they were all under his thumb. They did his bidding.

DAVID TALBOT: Allen Dulles’s thumb. So, when the Warren Report came out, I was saying that one of the editors, top editors, at Newsweek wrote to him and said, “Thank you so much, Mr. Dulles, for helping shape our coverage of the Warren Report.” Well, of course, Allen Dulles was on the Warren Commission. In fact, some people thought it should have been called the Dulles Commission, because he dominated it so much. So, you know, it’s way too cozy, the relationship between Washington power and the media. And—

AMY GOODMAN: What was the relationship between Arthur Hays Sulzberger, the publisher of The New York Times, and Allen Dulles, the head of the CIA?

DAVID TALBOT: Well, they were social friends, not just him, but other members of the Sulzberger family. I found, you know, cozy correspondence between them, congratulating him when he was inaugurated, Dulles, as CIA director. They called him “Ally,” one of the Sulzberger families, in one letter. They would get together, you know, every year. Dulles would hold these media sort of drink fests for New Year’s. And these were, you know, top reporters, top editors, would get together with the CIA guys and rub elbows and get a little drunk. And, you know, when Allen Dulles didn’t want a reporter, because he felt he was being overly aggressive, covering, say, Guatemala—Sydney Gruson, the reporter—in the run-up to the coup there in 1954, he had—he made a call to The New York Times and had him removed. That was because of his relationship with Sulzberger, the publisher. So, that was the kind of pull that Allen Dulles had.

AMY GOODMAN: How did that work?

DAVID TALBOT: Well, they just took him out. They removed Gruson. They transferred him, I think to Mexico, at that point.

AMY GOODMAN: David Talbot on his new book, The Devil’s Chessboard: Allen Dulles, the CIA, and the Rise of America’s Secret Government. To see Parts 1 and 3, you can go to democracynow.org.

We have a job opening at Democracy Now! We’re hiring a director of development to lead our fundraising efforts. You can find out more at democracynow.org. Send your résumé in. 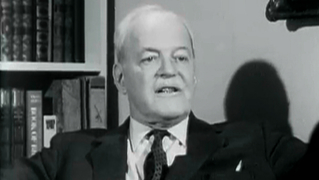