British warplanes have begun bombing targets in Syria just hours after British lawmakers voted 397 to 223 to support Prime Minister David Cameron’s plan for airstrikes. The warplanes took off from an airbase in Cyprus. They struck oil fields in eastern Syria controlled by the self-proclaimed Islamic State. The decision to bomb Syria divided the opposition Labour Party in Britain. Labour leader Jeremy Corbyn opposed the bombing but was challenged from within his own party by foreign affairs spokesperson Hilary Benn. Lawmakers held a 10-hour debate on Wednesday, and we air an extended excerpt of Corbyn and Benn, along with Prime Minister David Cameron.

PRIME MINISTER DAVID CAMERON: In moving this motion, I am not pretending that the answers are simple. The situation in Syria is incredibly complex. I am not overstating the contribution that our incredible servicemen and women can make. Neither am I ignoring the risks of military action, nor am I pretending that military action is any more than one part of the answer. I’m absolutely clear that we must pursue a comprehensive strategy that also includes political, diplomatic and humanitarian action. And I know that the long-term solution in Syria, as in Iraq, must ultimately be a government that represents all of its people, and one that can work with us to defeat the evil organization of ISIL for good.

SPEAKER JOHN BERCOW: I call the leader of the opposition, Mr. Jeremy Corbyn.

JEREMY CORBYN: Thank you, Mr. Speaker. The whole House recognizes that decisions to send British forces to war are the most serious, solemn and morally challenging of any that we have to take as members of Parliament. The motion brought before the House today by the government, authorizing military action in Syria against ISIL, faces us with exactly that decision. It is one with potentially far-reaching consequences for us all here in Britain, as well as the people of Syria and the wider Middle East.

For all members, taking a decision that will put British servicemen and women in harm’s way and almost inevitably lead to the deaths of innocents is a heavy responsibility. It must be treated with the utmost seriousness and respect given to those who make a different judgment about the right course of action to take, which is why the prime minister’s attempt to brand those who plan to vote against the government as terrorist sympathizers both demeans the office of the prime minister and, I believe, undermines the seriousness of the deliberations we’re having today. If the prime minister now wants to apologize for those remarks, I’d be happy to give way to him to do so. Since, Mr. Speaker, the prime minister is unmoved, we’ll have to move on with the debate, and I hope—and I hope he will be stronger later to recognize that, yes, he did make an unfortunate remark last night, and apologizing for it would be very helpful to improve the atmosphere of this debate today.

HILARY BENN: We are here faced by fascists, not just their calculated brutality, but their belief that they are superior to every single one of us in this chamber tonight and all of the people that we represent. They hold us in contempt. They hold our values in contempt. They hold our belief in tolerance and decency in contempt. They hold our democracy, the means by which we will make our decision tonight, in contempt. And what we know about fascists is that they need to be defeated. And it is why, as we have heard tonight, socialists and trade unionists and others joined the international brigade in the 1930s to fight against Franco. It’s why this entire House stood up against Hitler and Mussolini. It is why our party has always stood up against the denial of human rights and for justice. And my view, Mr. Speaker, is that we must now confront this evil. It is now time for us to do our bit in Syria. And that is why I ask my colleagues to vote for this motion tonight. 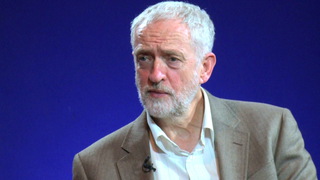