We speak with New Orleans-based artist Jackie Sumell about her collaboration with former prisoner and Black Panther, Herman Wallace. As Democracy Now! reported in October of 2013, Wallace died just days after his conviction was overturned and he was released from nearly 42 years in solitary confinement. He was a member of the Angola 3, who was convicted for the 1972 murder of a prison guard, but long maintained his innocence and said they were framed for their political activism. The project Wallace worked on with Sumell began when she asked him, “What sort of house does a man who has lived in a 6-foot-by-9-foot cell for over 30 years dream of?” You can see his response in the exhibit called “#76759: Featuring the House That Herman Built.” The exhibit opened this week at the Brooklyn Public Library’s main branch and includes a life-sized replica of Wallace’s prison cell, selections from his correspondence with Sumell, books from his reading list, and, in the library’s main lobby, a model of the dream house that he designed.

JUAN GONZÁLEZ: We end today’s show with a collaboration between New Orleans-based artist Jackie Sumell and former prisoner and Black Panther, Herman Wallace. As we reported in October 2013, Wallace died just days after his conviction was overturned and he was released from nearly 42 years in solitary confinement. He was a member of the Angola 3 who was convicted for the 1972 murder of a prison guard, but long maintained his innocence and said they were framed for their political activism.

AMY GOODMAN: The project Herman Wallace worked on with Jackie Sumell began when she asked him, “What sort of house does a man who has lived in a six-by-nine-foot cell for over 30 years dream of?” You can see his response in the exhibit called “#76759: Featuring the House That Herman Built.” It opened this week at the Brooklyn Public Library’s main branch and includes a life-sized replica of Wallace’s prison cell, selections from his correspondence with Jackie Sumell, books from his reading list, and, in the library’s main lobby, a model of the dream house that he designed. Last night, Jackie Sumell gave Democracy Now! a tour of the installation.

JACKIE SUMELL: I’m Jackie Sumell. I’m really honored to take you through my exhibition at the Brooklyn library. It’s called “#76759: Featuring the House That Herman Built.” What you see before you is a model, built to scale, of Herman Wallace’s cell. Herman Wallace spent 41 years in solitary confinement for a crime he couldn’t have possibly committed in the state of Louisiana. Twenty-seven of those years were spent in this cell

The cell is framed out to the dimensions that Herman describes in his letter, which is framed behind the cell. And so, I recreated the cell based on his drawings. So when you engage with the cell spatially, it’s six-foot-by-nine-foot-by-eight-foot. And I have drawn the individual elements inside the cell in the same way that Herman drew the individual components and elements in his cell. So to the left inside the cell is the bed, the sink-toilet combo. Above that is the mirror. There’s a florescent light in the upper right corner.

And then these two drawings are the desk and bench. One of the things that Herman complained about was that they were designed to be uncomfortable and almost impossible to sit at. So you would sit at this excruciatingly low bench, and your knees barely fit under this really small desk. And there was no way to move it. So it actually took up a lot of really important real estate within the cell, and then it was the nonfunctioning. Herman said that he would often take the mattress off of his bed and use his bed as his desk, so he would sit on the floor. So the only space that he could actually walk is up this center channel here and from side to side.

One of the things I think that is super beautiful inside the library is that they have brought together for the first time 108 of the books that Herman asked to be in his library in his dream home. There’s George Novack, Democracy and Revolution. He has a lot of Stalin, a lot of Marx, a lot of Trotsky, and it’s not necessarily that this is the thought that he subscribed to, but he felt like it was important for him to understand Marxist theory. Of course, The House That Herman Built. I asked him, “If you could only read one of the books on your library list, what would it be?” And he said, “Of course, Wretched of the Earth, by Frantz Fanon.”

So now we’re looking at a model of the house that Herman Wallace designed over the course of our 12-year correspondence. So he has this very large bottom floor. The top floor is predominantly his master bedroom and in-house greenhouse. There’s an escape chute with an underground tunnel that leads to the bunker. The swimming pool with the Black Panther in the center.

And then there’s a guest house. One of the more remarkable moments in our exchange was that when he first described the guesthouse, and I sent him drawings of it, of what I understood he wanted, he said it was too small, and guests might feel claustrophobic, so let’s build the front out of glass.

To give you a sense of scale, inside that bathroom in the master bedroom, he asked that he have a hot tub that was six-foot-by-nine-foot. And the cell he was currently in was six-foot-by-eight.

In the display cases are letters and envelopes from our exchange—the first time that any letter from myself has been exhibited, because Herman had them all. And after he passed, the prison sent them back to me. I mean, it’s really beautiful. Just the small details of how much I doodled on his envelopes and how much he doodled on mine was just a testament to our friendship. So it’s a mixture of Herman’s drawings and my drawings and some of the communication that went back and forth.

And in these cases is a continuation of the letter exchange between Herman and I. They’ve also included Herman’s obituary in The New York Times and his final statement, where he remained a servant of the people until his last breath.

I think it’s incredibly brave for the library to host this exhibition, because it’s controversial in and of its content, and it’s also an incredible conversation piece. So it’s a really great honor for me to be amongst the process of this space. And as libraries redefine their purpose in society, the less that people are actually checking books out, this library in particular has been really courageous in cultivating conversations around decarceration and examining the culture of punishment in the United States. And so, to kick it off with this exhibition is an incredible honor for me and, I think, absolutely courageous on their part.

AMY GOODMAN: That was artist Jackie Sumell giving a tour of her show, “#76759: Featuring the House That Herman Built,” at the Brooklyn Public Library’s main branch. Special thanks to Elizabeth Press. An updated version of Jackie’s book, The House That Herman Built, has also just been released. All of this comes as the conviction of the last member of the Angola 3, Albert Woodfox, has also been overturned, but he remains behind bars as the state is now appealing his case for the third time. Jackie Sumell joins us now for more here in New York, though you usually live in New Orleans.

Very quickly, when Herman Wallace was released back in October of 2013 by a federal judge, Jackson, who told the warden, if he doesn’t release him—he was dying of cancer—he would jail the warden. And that’s when the ambulance came up to the prison, and they took him out. Three days later, he would die. Talk about this project you have engaged in to remember Herman and to talk about solitary confinement, and where Albert Woodfox fits into this.

JACKIE SUMELL: Yeah, absolutely. Thank you so much for having me. It’s an incredible honor to be here. The project itself has shifted its storyline slightly, because for the 12 years that I was collaborating with Herman as a living, breathing being, it was about giving him voice, despite the system’s continued prosecution to remove his voice, right? And now this project is more about his legacy, which was a legacy to abolish the prolonged use of solitary confinement and cruel and unusual punishment in our corrections system. And so, this is why we shifted the name and we call it “#76759,” to illustrate how the Department of Corrections reduces human beings to numbers, because their number one goal is to dehumanize our families, our loved ones, and anyone who’s been convicted, wrongfully or not, of a so-called crime in the United States.

JUAN GONZÁLEZ: And how did you get involved with Herman and build this collaboration over so many years?

JACKIE SUMELL: Yeah, I met an amazing man named Robert King, who had just been released after 29 years of solitary confinement, 31 years of wrongful conviction, in Angola. And he came to San Francisco, where I was a graduate student, and addressed the audience with such grace and such ease and was at peace with where he was, but was so fundamental and instrumental in changing the system. I recognized I needed to learn something from this man. You know, this was an incredible person. And so I just asked him what I could do. And he said, “Write my comrades.”

And so I started writing both Herman and Albert, at which time Herman got thrown into the dungeon, which is actually more punitive than solitary confinement in Angola. And he got thrown into the dungeon this time for possessing contraband, which was a pamphlet from a Black Panther reunion, a 40-year reunion. And so I started to see Herman’s condition dilapidate through his handwriting, through his ability to hold onto a sentence. You know, his imagination started to drown. And I realized I needed to do something.

AMY GOODMAN: So, Herman has died. Albert Woodfox is still in prison, though his conviction has been overturned three times?

JACKIE SUMELL: Yeah, isn’t that amazing? So just to illustrate some of the flaws of our judicial system, Albert Woodfox’s conviction has been overturned three times. The state of Louisiana—

AMY GOODMAN: In solitary confinement for 40-some years?

JACKIE SUMELL: Yeah, he’s—on April 17th, which I believe is today, isn’t it? is the 43rd year of solitary confinement for Albert Woodfox, yeah. Despite his conviction being overturned, he’s in West Feliciana Parish Prison jail, in solitary confinement, because the state continues to appeal. And right now they’re contesting bail. So he’s got a bail hearing; he’s got an application for bail in front of the federal court.

Volunteers Gather to Care for Glenn Ford, Exonerated Louisiana Man Who Is Now Dying from Cancer

NEXTVolunteers Gather to Care for Glenn Ford, Exonerated Louisiana Man Who Is Now Dying from Cancer 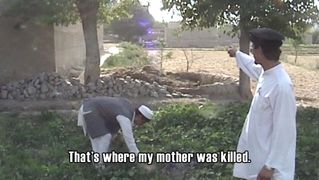