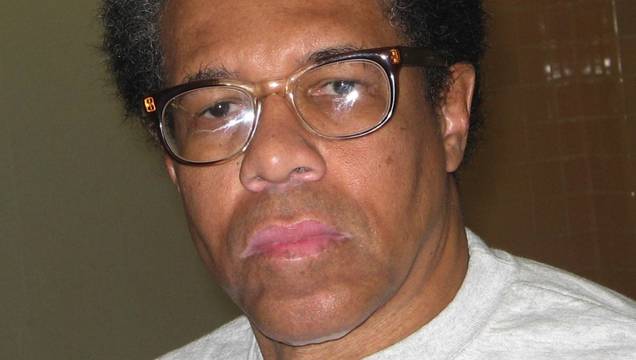 UPDATE: A stay has been extended on a federal judge’s order to immediately release Louisiana prisoner Albert Woodfox, the longest-serving U.S. prisoner in solitary confinement, pending a ruling on whether he will face a third trial.

One of Woodfox’s lawyers, Tory Pegram, told supporters: “I’m sad to report that the 5th Circuit Court of Appeals has decided to continue the stay and block release until the appeal is heard, but they have also granted an “expedited” status for the appeal. Though it is impossible to tell until a briefing schedule is set, that means at least another couple weeks or months before Albert will see his long overdue freedom realized.”

On Thursday, “Teenie” Rogers, the widow of the prison guard Woodfox is accused of killing, issued a new statement calling for his release:

“I wish the state of Louisiana would stop spending all this money paying lawyers to keep Albert in prison for even longer than the 43 years he has already been there. If it were up to me, those resources would be spent on victim services.

I also wish they would have used some of my taxpayer money to find out who left a fingerprint in Brent’s blood at the crime scene, because it wasn’t Albert Woodfox, and it wasn’t Herman Wallace, and it certainly wasn’t Robert King.

Governor Jindal shook my hand many years ago and I asked him to look into how this was allowed to happen, but I guess I’ll never know. But I think it’s time the state stop acting like there is any evidence that Albert Woodfox killed Brent.

I guess some people will believe what they want to believe no matter what the evidence says. Most of those people have never looked at the evidence like I have, and they just want to talk about what kind of people they think these men were and everything BUT the evidence in THIS crime.

I understand. I used to feel the same way. But after a lot of years looking at the evidence and soul-searching and praying, I realized I could no longer just believe what I was told to believe by a state that did not take care of Brent when he was working at Angola and did not take care of me when he was killed. The state offered a legally blind man as an eye-witness.

Please think about what really happened here before you cast judgement on Albert, or on me. Please care about the evidence and about real justice. Loving Brent doesn’t mean we have to ignore the truth and the evidence.

I hope the Appeals Court cares about the evidence and cares about justice. The judge has already said this is over. Let it be over. For all of us.”

A federal judge has ordered the immediate release of Louisiana prisoner Albert Woodfox, the longest-serving U.S. prisoner in solitary confinement. The state has been vigorous in its efforts to keep the former Black Panther behind bars for a crime he maintains he did not commit.

“Still, I am optimistic this time Albert will be released,” says longtime friend Robert King, who spent years in prison alongside Woodfox as a member of the Angola 3.

Woodfox is the last member of the group who is still fighting for his freedom. King was released in 2001. Herman Wallace died just three days after his release on October 1, 2013. Woodfox turned 68 in February.

Earlier this year a Louisiana grand jury re-indicted Woodfox for the 1972 murder of a prison guard. He and Wallace maintained they were framed for their political activism. Amnesty International responded by calling for Louisiana Attorney General Buddy Caldwell to “stop pursuing a campaign of vengeance by trying to re-indict a man who has already spent more than four decades in cruel confinement, after a legal process tainted with flaws.”

Today, Federal Judge James Brady issued a writ in the case of Albert Woodfox vs. Burl Cain, Warden of the Louisiana State Penitentiary, et al. that not only called for Woodfox’s immediate release, but also barred a retrial.

Brady argued this extraordinary decision is merited based on five factors:

“Mr. Woodfox’s age and poor health, his limited ability to present a defense at a third trial in light of the unavailability of witnesses, this Court’s lack of confidence in the State to provide a fair third trial, the prejudice done onto Mr. Woodfox by spending over forty-years in solitary confinement, and finally the very fact that Mr. Woodfox has already been tried twice and would otherwise face his third trial for a crime that occurred over forty years ago.”

Many of Woodfox’s attorneys were already planning to be in Louisiana on Tuesday for a court date involving a civil case challenging the solitary confinement of Woodfox, Wallace and King. They hope to win his release tomorrow morning once the court papers are issued.

King says Woodfox is ready to be free despite the conditions he faced in prison.

“I don’t think he’ll have a problem acclimating himself. He had a pretty good concept about what his condition entailed,” says King. “He was able to perceive there would be negative effects, so he was able to think beyond the permitter of his 6×9 cell.”

It remains unclear how Louisiana will acclimate itself to Judge Brady’s ruling. Supporters say it will likely file an emergency appeal with the Fifth Circuit Court of Appeals.

Read the ruling below.

Watch all of Democracy Now!’s coverage of the Angola 3.