Part of Ava DuVernay’s new documentary “13th” looks at how ALEC, the American Legislative Exchange Council, has played a central role in the expansion of the U.S. prison system. ALEC has worked with states to write legislation promoting the privatization of prisons in addition to pushing for harsher, longer sentences. We speak to Lisa Graves, executive director of the Center for Media and Democracy.

AMY GOODMAN: Ava DuVernay’s new documentary, called 13th, is being released by Netflix on Friday. It premiered at the New York Film Festival at Lincoln Center here in New York. Part of the documentary looks at how ALEC, the America Legislative Exchange Council, has played a central role in the expansion of the U.S. prison system—ALEC’s work with states to write legislation promoting the privatization of prisons, in addition to pushing for harsher, longer sentences.

Joining us now is Lisa Graves, executive director of the Center for Media and Democracy, who is also featured in 13th.

Talk about the thesis of the film 13th. It’s not just about the 13th Amendment, but the clause within the 13th Amendment that goes from slavery in the amendment of 1865 to mass incarceration today, and then how private corporations play a role in this.

LISA GRAVES: Well, this film is a magnificent, incredible meditation about race and crime in America, and it really tells new stories. One of the stories it tells is about how that amendment, where it says that you can’t be enslaved or you can’t be put in involuntary servitude unless you’re convicted of a crime, except as punishment, has really manifested in the 21st century and the 20th century through a lot of criminal justice policies.

And one of the things that Ava DuVernay brilliantly shows is the role of corporations in joining in this effort, this very racialized criminal justice system, how corporations, through ALEC, have helped advance their own bottom line. And one of the things that she helps document is the role of the Corrections Corporation of America within ALEC. It was a member of ALEC for a number of years, as we’ve written about. It was the chair of ALEC’s crime task force for a number of years, and ultimately it left ALEC after it was disclosed that CCA was in the room when corporations were voting on the SB 1070 legislation in Arizona that would have put—that was designed to put more immigrants in detention facilities and jails for immigrants. And CCA is just one of the many corporations that has been part of ALEC as it has pushed forward both for privatization of prisons, as well as measures to make people go to jail for longer—longer sentences.

LISA GRAVES: Well, that’s right. One of the things we discovered when we launched ALEC Exposed was that it wasn’t just that corporations were lobbying these members, they were actually voting as equals with politicians at these ALEC task force meetings. So, what happens is, corporations help fund scholarships for legislators to go on these fancy trips. Then they’re wined and dined on these trips. And then, at ALEC task force meetings, like on criminal justice, the corporations actually vote as equals with politicians on these bills. These bills are written by corporate lobbyists. They’re designed to advance the corporate interests. And in the criminal justice arena, we can certainly see the effect of that.

Now, CCA claims it never voted on those bills. You know, it was certainly there when those bills moved forward that helped it privatize prisons, helped make it easier for people to be put into employment circumstances in prisons—that Ava documents, as well—and also, a number of bills—three strikes, you’re out; truth in sentencing; mandatory minimums—numerous bills to put more people in jail, put them in jail for longer, which all increase the profits of corporations that fund ALEC, like CCA.

AMY GOODMAN: So, you go from CCA, the Corrections Corporation of America, to ABC, the American Bail Coalition. Explain.

LISA GRAVES: So, the American Bail Coalition is a trade group that basically has documented itself—it has praised ALEC to its members, saying that it really helped put ABC on the map. What ABC has done has—is work for the privatization of bail in this country, which has increased profits for bail bondsmen, bail bondswomen, bail bond services, and it’s done so for people who are accused of crimes, not yet convicted.

One of the things that happened after we connected the dots on the Stand Your Ground law in Florida and how it was pushed by ALEC into law in states after—state after state, after a bunch of corporations left ALEC, but one of the ones that remained was this trade group, ABC. That’s because they want a piece of the pie for people who are released from jail. This is ALEC’s effort to basically profitize every element of the criminal justice system. And ABC stands to benefit from that.

AMY GOODMAN: Where do the Koch brothers fit into this story?

LISA GRAVES: Well, the Kochs are really one of the largest funders of ALEC. Koch Industries is a major funder of ALEC. Koch Industries has had a seat on ALEC’s board as it moved forward with all these bills to privatize prisons, as it moved forward bills to put people in jail and put them in jail—more people in jail, more people in jail for longer. But also, ALEC and the Kochs have been working together on their so-called Right on Crime initiative, which is part of this criminal justice reform. But what people don’t realize is that within that reform package are measures to make it easier for corporations to get away, get out of jail free. So it would change the criminal intent standards, if they’re successful, to make it easier for corporations to commit crimes and get away with it.

AMY GOODMAN: Let me go to a guest we had on Democracy Now!, when Democracy Now! interviewed Mark Holden, senior vice president and general counsel for Koch Industries, on why the Koch brothers were getting involved with a coalition to reform the criminal justice system.

MARK HOLDEN: Charles Koch and David Koch are classical liberals who believe in expansive individual liberties in the Bill of Rights and limited government. And so, if your goals are to honor the Bill of Rights and to remove obstacles to opportunity, especially for the poor and the disadvantaged, you have to be in the criminal justice arena.

And to answer your question, you know, as Van pointed out, what worked 20 or 30 years ago doesn’t work today. And we have to have the intellectual honesty and courage and humility to correct that. In our businesses, we do that all the time when things aren’t working. And I think, to Van’s point, what we’re seeing happen in the states is really a template for what should happen at the federal level, and making sure that everything we do enhances public safety and that it honors the Bill of Rights and treats everybody in the system as individuals with dignity and respect, particularly victims, law enforcement, the incarcerated, the accused and their families.

AMY GOODMAN: That’s Mark Holden, senior vice president and general counsel for Koch Industries. He appeared on Democracy Now! with Van Jones, the co-founder of #cut50, a national bipartisan initiative to reduce the U.S.’s incarcerated population by 50 percent over the next 10 years. Lisa Graves?

LISA GRAVES: Well, it’s certainly good that they’re embracing that now. But what they have not done—what they have not done is acknowledge their role. Koch Industries has been a leader of ALEC. It was the board—it was the board chair for ALEC’s corporate board. Koch Industries presided over the whole expansion of the criminal justice system at the state level through ALEC. And now it wants to pretend, in essence, that it wasn’t part of that effort, that it wasn’t a leader of ALEC during those measures. And so, where there is consensus for reform, I think that should move forward, but where Koch is trying to change the law to make it easier to limit accountability for financial crimes, for environmental crimes and other crimes that corporations might commit, I think those provisions should be dropped. They haven’t been honest about that. And the Kochs are engaged in a massive PR campaign to try to burnish their reputation in the face of rightful and proper criticism from people about their undue influence on our entire democracy.

What are the Ties Between Dakota Access Pipeline Company & North Dakota’s Attorney General? 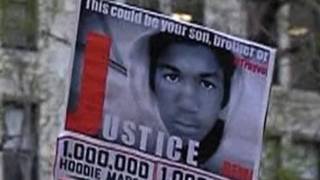