The GOP Response to Belgium? Torture & the “Patrolling and Securing” of Muslim Neighborhoods

Following the Belgium attacks, Republican presidential contender Ted Cruz issued a statement saying, “We need to immediately halt the flow of refugees from countries with a significant al Qaida or ISIS presence. We need to empower law enforcement to patrol and secure Muslim neighborhoods before they become radicalized.” Meanwhile, Donald Trump urged the waterboarding of captured Paris suspect Salah Abdeslam despite international laws against torture. “I would do a lot more than waterboarding,” Trump said. We get a response from our three guests: Frank Barat in Brussels, journalist Joshua Hersh and Yasser Louati of the the Collective Against Islamophobia in France.

AMY GOODMAN: I wanted to get your response, Yasser, to our own politicians here in the United States. Following the attacks in Belgium, Republican presidential contender Ted Cruz, who’s a senator from Texas, issued a statement saying, quote, “We need to immediately halt the flow of refugees from countries with a significant al Qaida or ISIS presence. We need to empower law enforcement to patrol and secure Muslim neighborhoods before they become radicalized.” Later Tuesday, Senator Cruz spoke to CNN.

SEN. TED CRUZ: If you have a neighborhood where there is a high level of gang activity, the way to prevent it is you increase the law enforcement presence there, and you target the gang members to get them off the streets. … I am talking about an area where there is a higher incidence of radical Islamic terrorism. If you look at Europe, Europe’s failed immigration laws have allowed a massive influx of radical Islamic terrorists into Europe, and they are now in isolated neighborhoods where radicalism festers.

AMY GOODMAN: So, that’s Senator Cruz speaking on CNN. Meanwhile, Donald Trump, the Republican front-runner, was asked on The Today Show about what Belgium officials should do to get information from Salah Abdeslam, who was captured last week.

AMY GOODMAN: So that was Donald Trump and, before him, Ted Cruz, calling for more waterboarding and for the monitoring of and police going into Muslim communities in the United States. Yasser Louati, your response?

YASSER LOUATI: First, Europe is not waiting for Ted Cruz to give us policy advice. If he wants to patrol neighborhoods, ask him to go patrol neighborhoods where you have a high rate of white-collar criminality, who have put millions of Americans out of their homes and lost their jobs. Let’s start with that.

Second, we have this idiot you call Donald Trump. What does he know about foreign policy? How about ending the drone war? How about ending the war against terrorism? How about paying for the consequences of the collapse of Iraq, that saw the emergence of the so-called Islamic State. So, every single war abroad carried by superpowers is—they’re directly translated into terrorist attacks. And to quote one of your CIA officials, you know, who said, being a—”Terrorist attacks is a small price for being a superpower.” So how about addressing that?

When it comes to policies, yes, we need to address our policies, increasing dramatically inequalities and the exclusion of millions of people. And again, it doesn’t take more than 10 individuals to carry out massive-scale terrorist attacks. But unfortunately for America, you have two of the dumbest politicians running for the presidency, and that should be a shame for every single politician in America.

JUAN GONZÁLEZ: And, Josh Hersh, I saw you smiling as you saw some of those videos. Your response to the presidential candidates here?

JOSHUA HERSH: Well, I mean, it’s obviously an emotional and somewhat ludicrous response, but at the same time there is a law enforcement response. And we have to recognize that, that there is a role for law enforcement. But I mean law enforcement instead of the military, law enforcement in the way that we’re starting to learn we have to apply law enforcement in smart and engaged ways in our American cities. I mean, Ted Cruz mentioned if we had a neighborhood that was full of gangs, well, we wouldn’t send tanks down the streets. We wouldn’t blow up apartment buildings. We would try and figure out smart, intelligent ways to get information there, to work with neighbors to build relationships with people who might actually be able to inform, under the assumption that most of the residents of that neighborhood don’t want the gangs there, either.

AMY GOODMAN: And, Frank Barat, your response to listening to the presidential candidates in the United States? Actually, the New York police commissioner, Bratton, lashed out against the patrolling of Muslim communities. But your response to Cruz and to Trump, Frank, in Brussels?

FRANK BARAT: I mean, it’s ridiculous on so many levels. Maybe they should read the reports by intelligence agencies that have shown—have showed that the use of torture is actually pretty useless in getting sort of information, or good and solid information, out of people or terrorists. So, again, I mean, those people and most mainstream politicians are not interested by the facts, right? Otherwise, they would completely change their policies.

I wanted to say something about Paris and France. And the interesting and the scary thing is that the state of emergency and the repression of the sort of, you know, Muslim and Arab community—most of them, the majority, being French—has also been used now against social movements, against students, against unions. So they’re using—it’s a bit like, you know, the “shock doctrine,” as Naomi Klein would put it. You know, they’re using this terrible thing that happened in Paris and using this to actually repress not only the Muslim community or the Arab community or the youth, but also any sort of political movement that intends on changing the narrative and changing the power in place. So, this is something we’ve seen happening over and over around the world.

AMY GOODMAN: Well, I want to thank you all for being with us. Frank Barat, speaking to us from Brussels, Belgium, he is an author and activist, was the coordinator of the Russell Tribunal on Palestine, president of the Palestine Legal Action Network in Belgium. And I want to thank Joshua Hersh for joining us. We’ll link to your piece. He reported from Brussels following the Paris attacks in November, wrote a piece headlined “What They Missed: The Anti-Terror Raid That Asked All the Wrong Questions.” At the time, he was BuzzFeed News Michael Hastings fellow. And thanks so much to Yasser Louati, joining us from Paris, spokesperson and head of the International Relations Desk for the Collective Against Islamophobia in France.

This is Democracy Now! When we come back, the primaries and the caucuses in the United States—Utah, Arizona, Idaho. Stay with us. 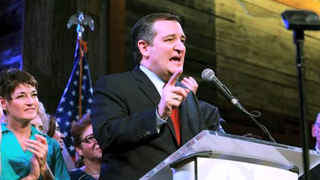