As Feds Close Prisons Run by Private Companies, Will They Do Same for Immigrant Detention Centers?

The DOJ’s announcement that it will phase out federal prisons operated by private prison companies will have no direct impact on private immigrant detention facilities, which are operated by the same companies under contracts with the Department of Homeland Security. Detention Watch Network has now called for DHS “to follow suit and break their ties with private prison companies that operate more than half of … U.S. immigrant detention facilities as a step towards ending detention completely.” We get more details from Democracy Now! correspondent Renée Feltz, who notes the detention centers hold people who have committed civil offenses, and children as young as two years old.

JUAN GONZÁLEZ: I want to bring in also Renée Feltz. You’ve been covering a lot of these issues with the private prisons, especially in terms of immigrants across the country. This only affects the federal prisons; it does not affect those detention—private detention facilities run by Homeland Security or even by the states themselves, who contract—many of the states contract with these private companies. Now, the Detention Watch Network has called on the DOJ to have this policy also for the the Homeland Security network. Can you talk about that?

RENÉE FELTZ: Well, that’s right, Juan. And it’s important to understand that this policy shift will not impact immigrant detention centers. Many people think about the prisons that will be impacted, that Seth described, because they are immigrant-only facilities—essentially, separate but equal prisons—that he helped to expose. But we want to be clear that this decision from the DOJ is not going to impact anything that has to do with DHS, Department of Homeland Security. However, that is sort of where the momentum is here. People are saying if there are flaws with how private prison operators, accused of shortcuts, run federal facilities under one agency, what about under another agency? Something else that I think is important to distinguish here is that—

JUAN GONZÁLEZ: Because it’s the same companies, more or less, running them.

RENÉE FELTZ: Right, it’s Corrections Corporation of America and GEO Group, primarily. They run the private prison contracts that are going to be ended by the DOJ. They also have the contracts for the immigrant detention centers, which are largely privatized, but not all.

Now, one thing I also wanted to mention is, you know, we talked about the federal prisons that are closing that hold so-called criminal aliens—that’s what the government calls them. They are largely accused of crossing the border, being charged with a misdemeanor, and then, after a few times of that, being convicted of a felony for that same offense. So they are in prison for crossing the border without permission. It seems like an immigration offense, but it’s not. Once they get done with that sentence, they then go on to immigrant detention. And one thing that is interesting about immigrant detention centers is that not everyone there has this prior criminal background. We’re talking about people who largely are committed of civil offenses, coming to the country without permission—no crime, but held essentially in a controlled environment with barbed wire, guards. And what’s interesting recently at these privately run immigrant detention centers is that the Obama administration has brought back family detention centers. So we’re talking about CCA and GEO, who have shortcomings in Federal Bureau of Prisons, running a facility where children as young as two years old are being held with their parents.

AMY GOODMAN: For example, talk about the Berks facility.

RENÉE FELTZ: That’s right. Right now, Berks facility in Pennsylvania, which is run, interestingly, through a contract with the county and ICE, not even with a private entity, is also having problems being accused of holding immigrants there for way too long. There’s a mandate to hold them for about 20 days maximum, if they hold children. The women there are on a hunger strike, because they want to get out. They’ve been held there for more than a year.

And that points to another quick thing I would say about how ICE characterizes these facilities. They’re saying that the ICE immigrant detention centers that are private are short-term processing centers, where people are held for a very brief amount of time, doesn’t have anything to do with rehabilitation. That’s different than the prisons. So, you know, we are talking about different types of facilities.

AMY GOODMAN: You know, there is a hunger strike going on at Berks, and Democracy Now! was able to speak to one of the women who are part of that hunger strike this week inside Berks.

HUNGER STRIKER: [translated] We know we haven’t committed any crime. We only came to ask for help in this country, help that still hasn’t been offered to us. There are many children who have thought about throwing themselves out of the window, of escaping. There are others who want to break the window, who say maybe sacrificing their own lives is going to be a sacrifice to free us all. So it’s very sad that children and adolescents are thinking of committing suicide, when really they should be focusing on their studies.

AMY GOODMAN: We will continue to follow these issues, the prisons that close and the prisons that don’t. And I want to thank Seth Freed Wessler for joining us from Maine, as well as Democracy Now!’s Renée Feltz. 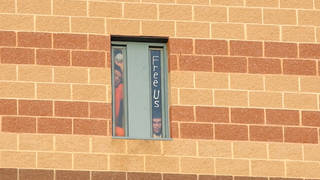