In our extended interview with Kurt Eichenwald, he describes the Trump Organization’s links to Russia and how they could threaten U.S. national security if he became president.

NERMEEN SHAIKH: This is Part 2 of our look at a sweeping new investigation which has raised questions about the little-known Trump Organization and potential conflicts of interest should Trump become president. The investigation published in Newsweek magazine reveals the Trump Organization is a vast financial network that stretches from New York City to India, Ukraine, China, Brazil, Argentina, Turkey and Russia. It’s connected to Russian mining, banking and real estate interests.

AMY GOODMAN: This comes as Trump has repeatedly attacked Hillary Clinton over the Clinton Foundation, alleging that Clinton’s term as secretary of state, during that time, she may have given major contributors to the foundation greater access.

So, Kurt, let’s focus on Russia right now. What did you learn in your investigation about Donald Trump’s empire in Russia?

KURT EICHENWALD: That it’s—they’ve been digging in there pretty strongly. In 2008, Trump went in and actually trademarked his name in Russia. And the way he does his international business is by basically selling the rights to his name, so that other developers can slap it on their businesses. Now—or on their projects.

Now, the thing that people need to understand is real estate development overseas is not like real estate development here. It is extremely political. It is extremely tied to governments. And so, you have—for example, one of the organizations that Trump was negotiating with was something called Mos City Co., which in turn is very tied to the Putin government. Now, they did not do the deal because Trump was demanding too much money. Well, how much would having the name of the president of the United States on a building in downtown Moscow be worth now? You have the fellow you mentioned earlier who, you know, was already wrapped up in some of the questionable privatization deals that took place under Boris Yeltsin and has maintained his contacts very closely with the Russian government. He is—has been a partner of Donald Trump’s. And, you know, Trump Jr. has said they have lots of investors from Russia. Well, who are those investors and in what entity? We don’t know.

AMY GOODMAN: Kurt, can you talk about, in this last minute, what you were most surprised by in this investigation you did for Newsweek?

KURT EICHENWALD: The scope of it, that basically every time I opened up a can of worms involving a foreign enterprise of Donald Trump, that he was doing business with bad actors who are tied to governments whose interests run counter to those of the United States’ national security.

AMY GOODMAN: Well, we’re going to leave it there. Kurt Eichenwald, thanks so much for being with us for Part 2 of our conversation about your very interesting piece in Newsweek. The piece is headlined “How the Trump Organization’s Foreign Business Ties Could Upend U.S. National Security.” And we will link to it at democracynow.org. I’m Amy Goodman, with Nermeen Shaikh. Thanks so much for joining us. 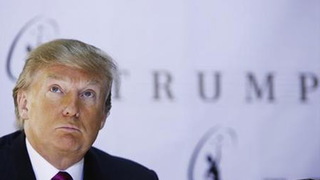