We continue our look at what the ACLU calls an illegal debtors’ prison in Arkansas by speaking with a former resident who wrote a check for $1.07 for a loaf of bread. She describes how after her check bounced, her debt ballooned with fees and fines to nearly $400, and police officers twice came to her job to arrest her. Since then, she has been caught up in Sherwood’s Hot Checks Department. We are also joined by lawyer Kristen Clarke, president and executive director of the Lawyers’ Committee for Civil Rights Under Law, who says the woman’s experience is common.

StorySep 02, 2016Is an Arkansas Town Operating a “Hot Check” Court as an Illegal Debtors’ Prison?

AMY GOODMAN: We’re also joined by Janice, who is a native of Little Rock, Arkansas, who’s been caught up in Sherwood’s Hot Checks Department for decades. One check she wrote for $1.07 for a loaf of bread bounced. The debt ballooned after fees and fines to nearly $400. She currently has a warrant in Sherwood’s Hot Checks Department and wishes to remain anonymous for fear of arrest.

So, Janice, you’re in profile; you don’t want to be seen. But explain what happened to you.

JANICE: On several occasions, I have been arrested by Sherwood Police Department for bounced checks, insufficient funds checks. I’ve even been arrested on my job—two different jobs, as a matter of fact, one—with two different hospitals. My checks has totaled, I would say, less than $1,000 worth of checks. And they’re little, small checks. I was a bad manager. I didn’t keep a good register, so, therefore, I had bounced checks. Some were $20. Hundred dollar may have been the highest number of checks that I wrote. But I have had accumulated fees up to thousands of dollars in fees and costs, on roughly less than $1,000 worth of checks.

JUAN GONZÁLEZ: And when you go into the—before the judge on these cases, what’s the process? What happens there?

JANICE: He just bring you before him, and, like they say, you sign a waiver. You go up before the judge, and he assesses your fees and court costs, and give you a monthly payment amount, until you have to pay this monthly payment by such, such date. You have a 10-day grace period. If it’s not paid, then there’s another failure-to-pay warrant issued and additional costs and fines assessed to the amount you already have.

AMY GOODMAN: Now, part of your struggle is you have MS—is that right, Janice? And you’re trying to deal with medical costs, as well?

AMY GOODMAN: And is this Judge Hale that you’re going before, who Kristen Clarke just described?

AMY GOODMAN: Are you allowed to bring in a friend, a family member, a lawyer at your side?

JANICE: Now, if you do retain an attorney, an attorney can be there, but family members and friends are not allowed in.

AMY GOODMAN: So what is your situation right now?

JANICE: Right now, I have not been there since somewhere around 2008. And I have an active warrant, because I could not afford to pay the monthly payment that he had assessed of $200, because I feel as if I have paid, you know, restitution on the checks that I’ve previously wrote, but these are all accumulated fines and court costs that has been assessed.

JANICE: Because that’s what they do. Even though they know your address, your home address, they will come out to your job, opposed to your home. And this has caused me to lose two jobs because of that.

JUAN GONZÁLEZ: Kristen Clarke, what about that, this issue of—I mean, normally, if somebody writes a check that they don’t have funds for, the bank will send them and issue, you know, a charge, but having law enforcement come in and arrest you for this, especially on your job, is this—is this illegal?

KRISTEN CLARKE: This abusive debt collection practice is part of the scheme. The clients that we represent in this case have had the cops show up at their doorstep and insist that they pay money now, or they are threatened with arrest. I am heartbroken to hear the story of the woman who just spoke. But again, we know that these are not isolated cases. This is a systemic pattern that exists across Sherwood and across Pulaski County. This is a court that has made big business out of preying on the backs of poor people. And they have made the focus on the most marginalized people in this community the focus of this court. People who have written small checks that are returned for insufficient funds, that is the focus of this court. And I can’t tell you how many people we’ve talked to who have stories like the woman who just spoke. We represent a cancer patient in this case. You know, he was hospitalized and receiving chemotherapy. And two—you know, a few checks bounced for very small amounts, and this man has been jailed and remains indebted in thousands of dollars to a court. Every time someone appears before Judge Hale, he imposes more court costs, more fines, more fees. And there is no way out for the people who are entrapped in this system.

AMY GOODMAN: So where does the lawsuit go from here, Kristen?

KRISTEN CLARKE: Well, we filed a federal class-action lawsuit. The woman who just spoke may indeed be somebody who is a member of this class. We will fight. We believe that Sherwood is a poster child, if you will. This is a classic example of a debtors’ prison. And we believe we’ll be successful at the end of the day in securing relief for the poor people of Sherwood. We believe that when somebody faces criminal charges, that they should have a lawyer by their side. They should have a judge who warns them about their rights and who counsels them about their rights and respects their due process rights. We will—we will fight on.

And then we’re going to look elsewhere around the country, because we know that this is a nationwide problem that we face. All around the country, we’ve seen the resurgence of debtors’ prisons. We’ve seen the criminalization of poverty. So, we are going to fight until we end this practice and bring our courts in line with that 1983 ruling from the Supreme Court that says you cannot lock poor people up merely because of their inability to pay a fine or fee.

AMY GOODMAN: Well, I want to thank you, Kristen Clarke, with the Lawyers’ Committee for Civil Rights Under Law. And, Janice, thank you for being with us—not her real name. She is in shadow, but that’s because of what she faces as a poor person who is a victim of Sherwood’s Hot Checks Department in Arkansas.

This is Democracy Now!, democracynow.org, The War and Peace Report. When we come back, Mumia Abu-Jamal loses a case to get hep C treatment in prison. Stay with us. 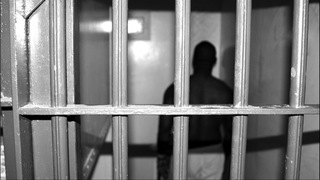 Is an Arkansas Town Operating a “Hot Check” Court as an Illegal Debtors’ Prison?