A federal judge has denied a request from the former Black Panther and journalist Mumia Abu-Jamal for life-saving medication that could cure his hepatitis C. Last year, Mumia sued to receive an antiviral treatment for hepatitis C after he was placed in critical condition, and officials said he was was not sick enough to be eligible. The medication has about a 95 percent cure rate. But it costs the state about $55,000 for a 12-week course of the drug. Even as the judge denied Mumia’s motion, he also found that Pennsylvania’s hepatitis C protocol for inmates fails to meet constitutional standards and could prolong suffering. We hear reaction from Mumia Abu-Jamal and speak with his lawyer, Bob Boyle, and correspondent Renée Feltz, who has covered these developments.

JUAN GONZÁLEZ: We end today’s show with news that a federal judge has denied a request from former Black Panther and journalist Mumia Abu-Jamal for a life-saving medication that could cure his hepatitis C. Mumia has been in prison in Pennsylvania since he was convicted of killing a police officer in 1981. He always maintained his innocence, and Amnesty International said he didn’t receive a fair trial. His death sentence was overturned in 2011 on constitutional grounds, and he is now serving life without parole. Last year, Mumia sued to receive an antiviral treatment for hepatitis C, after he was placed in critical condition and officials said he was not sick enough to be eligible. The medication has about a 95 percent cure rate. But it costs the state about $55,000 for a 12-week course of the drug.

AMY GOODMAN: On Wednesday, U.S. District Court Judge Robert Mariani denied a motion for preliminary injunction that would have let him order the treatment without going to trial. The denial was based on a technicality that the lawsuit should have named the state’s hepatitis C committee for prisoner treatment instead of targeting the warden and the prison system’s medical chief. Even as the judge denied Mumia Abu-Jamal’s motion, he also found that Pennsylvania’s hepatitis C protocol for prisoners fails to meet constitutional standards and could prolong suffering. Pennsylvania treats just about five of more than 6,000 prisoners who are infected with hepatitis C. This mirrors untreated epidemics in prisons around the country.

Well, PrisonRadio.org spoke to Mumia Abu-Jamal after the judge’s ruling. This is what Mumia said.

MUMIA ABU-JAMAL: It’s a good beginning that a federal judge recognizes that what the commonwealth is doing, and has been doing for years, is not only unjust, but not right, unconstitutional, a violation of fundamental fairness and the human right to life. So, it’s a beginning. It’s a good beginning. And we want a good ending.

AMY GOODMAN: For more, we’re joined by Bob Boyle, one of Mumia Abu-Jamal’s attorneys in the case, and by Democracy Now! correspondent Renée Feltz, who also writes for The Guardian, where she covered these developments.

Bob, explain, because the judge clearly was angered by what’s happening to the prisoners, but ruled on this technicality.

BOB BOYLE: Yeah, the judge ruled that the Pennsylvania protocol for treating hepatitis C is unconstitutional. Essentially, under their policy, an inmate, a human being, has to be on the verge of death. Your blood vessels have to be in danger of bursting inside your chest, before you’re given this life-saving medication. And the judge found that this is blatantly unconstitutional. He only ruled against us on the ground that we did not name this so-called hepatitis C committee, this secret group of people who meet in secret and decide whether someone gets this drug. We did sue the warden, the head of the Pennsylvania Health Department, and we did not even know of the existence of this committee at the time we filed the lawsuit. So, it’s a technicality that we are going to challenge and fight, until Mumia gets these—this life-saving medication.

JUAN GONZÁLEZ: And 5,000 prisoners in Pennsylvania have hepatitis C, but only five are receiving treatment?

BOB BOYLE: It’s probably closer to 6,000. And I think their latest estimate, they’ve upped it all the way to 30, out of 6,000, who are receiving this treatment. And it’s because this drug costs not just $55,000, $84,000—$1,000 per pill. So, the Pennsylvania Department of Corrections is acting in an unconstitutional manner in this regard, but also it is unconscionable that drug companies—and it’s only because we have the horrible health system that we have—can charge this amount of money, which will save—denial of which will—could cause death.

AMY GOODMAN: But hepatitis C, if left untreated, leads to cirrhosis of the liver, which costs even more to treat.

BOB BOYLE: And it’s also—absolutely, and causes death and irreversible damage. And also, remember, hepatitis C is a communicable disease. So, people come out of prison, by either sharing needles or sexual contact, can pass the virus to other people, who then have hepatitis C and have to be treated. So, it is an extremely shortsighted—and that’s really a euphemism. It’s really criminal, what’s going on.

AMY GOODMAN: Renée Feltz, talk—put this in a national context.

RENÉE FELTZ: Well, it’s not just Pennsylvania that we’re talking about. Almost every state across the country has thousands of inmates in their prisons who have hepatitis C. Many of them don’t actually know that they have it, because the prisons don’t provide testing. There have been class-action lawsuits not only in Pennsylvania; in addition to what Mumia and his attorneys have filed, there’s also class-action lawsuits in Tennessee, where there is another limited number of prisoners who are able to get the treatment, also in Massachusetts and also in Minnesota.

Now, New York, here, has done a little bit better. They’ve increased their funding in the recent years by about 350 percent to provide these life-saving hepatitis C drugs to prisoners, including, interestingly, to Robert Seth Hayes, who is a former Black Panther and considered a political prisoner. He was able to be cured of hep C when he got this treatment here in New York. But he has still many, many other problems with his health. He is elderly, and he’s still pushing to be granted parole. He’s been denied 10 times.

JUAN GONZÁLEZ: But, Renée, what about this issue of the drug companies? Because, obviously, for prisons, at this cost, the—and with so many inmates suffering from hepatitis C, this is a budget buster for a lot of prison systems.

RENÉE FELTZ: That’s right. Now, the company, Gilead, makes this drug, and it was investigated by the Senate in 2014. And what they found, by looking at the company’s own documents, is that the cost was not determined by development or the cost of acquiring the drug. It was simply to make money. And they weren’t concerned about the access, that it would—the challenges it would present to access.

BOB BOYLE: I would add, in Egypt, for example, which isn’t subject to U.S. patent laws, it costs about $100 a pill; $10 in India. So it’s only in this country where it costs so much.

AMY GOODMAN: Well, we’re going to leave it there, but, of course, we’ll continue to follow this story. Bob Boyle, attorney for Mumia Abu-Jamal, and Renée Feltz, Democracy Now! correspondent.

And a correction to an earlier headline: The hacker sentenced to 52 months in prison after being extradited from Romania goes by the name “Guccifer” online, not “Guccifer 2.0.” Guccifer says he hacked Hillary Clinton’s private server at her home in Chappaqua, New York. He pleaded guilty in May to charges including unauthorized access to a protected computer and aggravated identity theft. 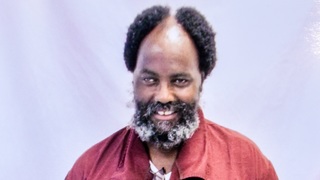