On Wednesday night, thousands of protesters packed into Washington Square Park in New York for an emergency rally in support of Muslim and immigrant rights. The New York chapter of the Council on American-Islamic Relations organized the event after leaked documents showed Trump is preparing to sign an executive order blocking visas from being issued to anyone from Syria, Iraq, Iran, Libya, Somalia, Sudan and Yemen. We hear from New York City Public Advocate Letitia James and Palestinian-American activist Linda Sarsour and speak to Vincent Warren of the Center for Constitutional Rights and Faiza Patel of the Brennan Center.

AMY GOODMAN: On Wednesday night, thousands of protesters packed into Washington Square Park in New York for an emergency rally in support of Muslim and immigrant rights. The New York chapter of the Council on American-Islamic Relations organized the event after leaked documents showed Trump is preparing to sign an executive order blocking visas from being issued to anyone from Syria, Iraq, Iran, Libya, Somalia, Sudan and Yemen. New York City Public Advocate Letitia James addressed the crowd.

LINDA SARSOUR: My name is Linda Sarsour, and I’m the executive director at the Arab American Association of New York. And we’re here out in Washington Square Park with New Yorkers from all backgrounds standing with their Muslim sisters and brothers. They are outraged by the proposals to ban Muslims, to ban refugees. And they’re saying that this is not what New York is about. We are a city of immigrants. I’m very proud today to be a New Yorker.

Basically, what the new administration is doing is they’re banning Muslims from particular countries. And if we allow that to happen, it will set precedent for other Muslim countries to also be banned from coming here. It’s also stopping and halting refugees. And you know the refugees need to be in a country where there is sanctuary, where there is safety. They’ve seen horror. They’ve already been vetted. And now the administration is saying, “You are not welcome here.” And that’s absolutely outrageous. The Syrian refugees need us now more than ever.

AMY GOODMAN: We are still joined by two guests: Vincent Warren, executive director of the Center for Constitutional Rights, and Faiza Patel, co-director of the Liberty and National Security program at the Brennan Center. I want to turn to Donald Trump’s interview with ABC News on Wednesday night.

DAVID MUIR: Are you at all concerned—

PRESIDENT DONALD TRUMP: People don’t even bring that up.

DAVID MUIR: Are you at all concerned it’s going to cause more anger among Muslims around the world?

PRESIDENT DONALD TRUMP: Anger? There’s plenty of anger right now. How can you have more?

DAVID MUIR: You don’t think it will exacerbate the problem?

AMY GOODMAN: That’s Donald Trump in an exclusive interview on ABC Wednesday night, as people were protesting around the country. Vince Warren of the Center for Constitutional Rights, your response to what he’s saying?

VINCENT WARREN: Well, the first thing that is clear is that we have an extremist that’s a president right now. Here’s a person who is essentially creating chaos in the world and using that—he’s manufacturing chaos in the world and using that as a justification for exclusion of Muslim people from the United States, the repression of Muslim people within the United States, bringing back or thinking about bringing back things like torture, things like isolation and things like prisons that are outside of the scope of the federal government. That is not a democratic regime. That’s essentially an extremist regime—and, you know, ironically, the type of extremism that he seems to be so concerned about when it happens outside of the United States. He’s essentially wrong.

And what we’ve moved back from is the idea that we would rely—we, as advocates, can push the government to make smart policy and smart solutions based on problems that we all agree exist. And terrorism is a tremendous problem. But now what we’re doing is we’re fighting this president, because he wants to shift the focus from smart solutions to essentially rounding up and criminalizing entire swaths of populations. And then he’s going to start saying, “Anybody that stands with our Muslim sisters and brothers is also part of the problem, and then we’re going to have to come down on them, as well.” That’s where this is going.

FAIZA PATEL: So, I agree with Warren that—sorry, with Vince. And I think that what you see happening over here is that—you know, if you’re trying to preserve national security, what you’re trying to do is you’re trying to catch people or prevent actions. Instead, what you’re seeing over here is a sort of generalizing out to what people believe or what people think or where they’re from. And we’re using those categories as a kind of a proxy, if you will, for people who are going to commit terrorist crimes. And that’s just not right. I mean, if you look at the seven countries that are on the list of the visa ban in the document that was leaked yesterday, and you look at the data, you know, from 1975 to 2015, you know, there were zero casualties in the United States from people from those countries. There’s a ban on Syrian refugees. How many terrorist attacks have Syrian refugees committed in the United States? The number is, I believe, zero, at least through 2015, and I certainly haven’t heard anything in the last year.

So you’re looking at this kind of manufactured fear of the other, fear of the outsider, fear of people who don’t look like us, who, you know, may have beliefs that we don’t agree with in some instances, and extrapolating that as to being, well, these guys must be terrorists. And it has a huge domestic impact, not only for people who have relatives from those countries, but also for the overall atmosphere for American Muslims. And I think it’s no secret that we have seen a significant surge in hate crimes against all communities—the Jewish community, as well—but particularly striking against Muslim Americans. And I think we need to be really careful, going forward as a country, that we don’t further stigmatize and alienate these communities.

AMY GOODMAN: In your piece that you did in The New York Times, “A 'Commission on Radical Islam' Could Lead to a New McCarthy Era,” could such a commission actually be put in place?

FAIZA PATEL: Very easily. I mean, proposals for establishing this kind of commission have been floating around at least since the mid-2000s. And you’ll recall, back in 2011, that Representative Peter King had a series of congressional hearings on radicalization amongst American Muslims. So, these kinds of things are pretty easy to get going, whether through an executive action or through a congressional action setting up a committee. And that doesn’t take but a signature, frankly. 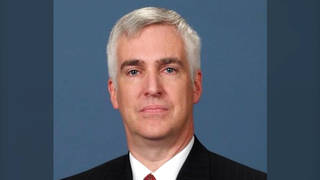