The Trump administration has allegedly barred top federal health officials from using seven words or phrases relating to abortion, sexuality and science in official documents, according to The Washington Post, which cited an anonymous whistleblower. The words are “fetus,” “entitlement,” “vulnerable,” “diversity,” “transgender,” “evidence-based” and “science-based.” In some cases, the analysts were reportedly given replacement phrases to use instead. We speak with Rush Holt, chief executive officer of the American Association for the Advancement of Science and executive publisher of the Science family of journals. We also speak with Jack Halberstam, professor of English and gender studies at Columbia University.

JUAN GONZÁLEZ: Well, we end today’s show looking at the controversy around a decision reportedly taken by the Trump administration to bar top federal health officials from using seven words or phrases relating to abortion, sexuality and science in official documents. The Washington Post broke the news Friday, citing an anonymous whistleblower who says policy analysts at the Centers for Disease Control were told of the banned words at a meeting last week. The words are “fetus,” “entitlement,” “vulnerable,” “diversity,” “transgender,” “evidence-based” and “science-based.” In some cases, the analysts were reportedly given replacement phrases to use instead.

AMY GOODMAN: After widespread criticism of the purported ban, on Sunday the CDC director, Dr. Brenda Fitzgerald, took to Twitter to refute The Washington Post report in a series of tweets, saying no such ban had been proposed, adding, quote, ”CDC remains committed to our public health mission as a science- and evidence-based institution.” There was some confusion about whether the alleged directive was issued by the CDC or its parent agency, Health and Human Services.

JUAN GONZÁLEZ: In another tweet, Fitzgerald cited an HHS comment on the report, saying, quote, “The assertion that HHS has 'banned words' is a complete mischaracterization of discussions regarding the budget formulation process. HHS will continue to use the best scientific evidence available to improve the health of all Americans.”

Well, for more, we’re joined now by two guests. Dr. Rush Holt is the chief executive officer of the American Association for the Advancement of Science and executive publisher of the Science family of journals. He’s a research physicist, educator and former politician. Dr. Holt represented Central New Jersey in Congress from 1999 to 2015. Also with us is Jack Halberstam, professor of English and gender studies at Columbia University. Their most recent book is titled Trans: A Quick and Quirky Account of Gender Variability.

Welcome, both of you, to Democracy Now! I’d like to start with Dr. Holt. Your response to this amazing report by The Washington Post and then the response by CDC?

RUSH HOLT: Well, you know, at first glance, it’s a farce, this idea of banning a few words. Now, as you said, the government agencies have said, “Well, that’s not really true. It’s a mischaracterization,” which, of course, itself, is a euphemism, that seems to say they don’t really mean what they say. So, it actually has a serious side. And the serious side is, it appears that ideology is being elevated above evidence. So they say these terms, such as “fetus” and “transgender” and “diversity,” are politically loaded words, and those are to be avoided. Now, they say they’re not really banning their use, they just don’t want to offend the congressional appropriators, and if they want their appropriations approved by Congress, they should avoid such words. But that, in itself, is elevating ideology above evidence.

AMY GOODMAN: We’re also joined by Jack Halberstam, professor of English and gender studies at Columbia University. So, Professor Halberstam, “transgender” and “fetus,” don’t use those words, apparently, the staff were told. Your thoughts?

JACK HALBERSTAM: Yeah, I mean, this is a pretty Orwellian measure to try to take words out of potential health policies that differentially affect marginalized populations. The category of “transgender” is super interesting in this context, because you might have expected ”LGBT,” a much more blanket and umbrella term, so I think the focus on “transgender” has to be understood in terms of the Trump administration’s sense that “transgender” is a category that requires some kind of medical intervention. And this was also the reason that Trump gave for wanting to ban transgender people in the military, was that this would be an enormous cost on the military to be funding sex reassignment surgeries and so on. So it’s a kind of transactional relationship to the category of “transgender.”

AMY GOODMAN: And what does it mean not to use the word? Can you talk about the importance of naming?

JACK HALBERSTAM: Yeah. To not use that word is, in a way, to try to wish it out of existence or to imply that it’s a fictitious category that has been created by social justice activists, as opposed to being an actual experience of a body. So I think this calling out of “transgender,” in particular, requires special attention, you know, because this is clearly a targeted word for the Trump administration, at a moment when we’re actually having a public conversation about gender diversity, bathroom use and so on.

JUAN GONZÁLEZ: You’ve referred to the Trump administration in the past as being characterized by aggrieved white masculinity.

JUAN GONZÁLEZ: Could you explain what you mean by that?

JACK HALBERSTAM: Well, I mean, I think that these kinds of policies seem to suggest that certain people are getting special entitlements, that vulnerable populations—to use the words that they’re using—are somehow receiving special treatment. And this allows Trump to speak to his potentially white male base and say these kinds of social justice measures are, in the end, going to be detrimental to your welfare, your economic well-being, your health and so on. So it’s a sort of zero-sum approach to healthcare, to the economy and so on, that suggests to white men, in particular, but also white women, that any kinds of measures that benefit marginalized populations will negatively influence them.

AMY GOODMAN: And the word “fetus”?

JACK HALBERSTAM: “Fetus” is, you know, so clearly a category that they believe is part of a left-wing ideology to not talk about unborn babies as babies. So, if they can ban the word “fetus,” I presume, they think that they will shed light upon the actual meaning of abortion, which, you know, for the right wing, is equated with murder and killing and so on. So, these kinds of words are so important. And as we saw in the AIDS crisis, to remove words from the vocabulary of healthcare professionals is very, very often to deny healthcare to vulnerable populations.

JUAN GONZÁLEZ: And, Dr. Holt, I’d like to ask you—you’re the chief executive of the American Association for the Advancement of Science. You and 15 other science society heads requested a meeting earlier this year with EPA head Scott Pruitt. What happened?

Mr. Pruitt, the head of the EPA, when he was in Oklahoma, was constantly disparaging climate science. In fact, he denied that it was a science. And he said, “Well, we don’t really know enough. There’s a debate about this, and therefore we won’t even look at it. We won’t even consider it.” Well, in fact, if he thinks there’s a debate, all the more reason that he should be open to the collection of evidence, the study of the science. He has, at EPA, also restricted scientists from sitting on science advisory committees, for what he calls conflict of interest, even though he willingly and frequently lets corporate people sit on those committees, and ignores any possible conflict of interest there.

AMY GOODMAN: —you have also President Trump yesterday outlining his blueprint for national security in a speech trumpeting U.S. military might, but failing to mention the threat posed by climate change—something the Pentagon knows very well, has put it forward as a major national security threat.

RUSH HOLT: Yes, Amy. The president relegated climate change to something he called “energy dominance,” the energy dominance section of his national security presentation—in other words, not as a legitimate science that should be studied, not as a threat to international stability. So it is this idea of wishing things away. And wishful thinking and ideology—and by “ideology,” I just mean pre-baked opinions that one holds dearly—those are the enemies of good policy and good regulation.

JUAN GONZÁLEZ: And you’ve said that it’s not just the Trump administration, although they may be the most extreme, but that previous administrations—you’ve had questions about what they’ve done, in terms of dealing with evidence-based or science-based thinking.

RUSH HOLT: Yeah, I would argue that for some decades the American people have retreated somewhat from evidence-based thinking. However fascinated they are by science, however approving they appear to be when questioned about science, they don’t show much—they’re negligent, and policymakers are, too, in their approach to science.

The first question that every citizen should ask, as well as every policymaker should ask, when confronting a regulation or a policy is “What’s the evidence?” And that’s what it means to think like a scientist.

AMY GOODMAN: A former federal official who spoke anonymously to The New York Times called the move “stupid and Orwellian,” but said, quote, “They are not saying to not use the words in reports or articles or scientific publications or anything else the C.D.C. does. They’re saying not to use it in your request for money because it will hurt you. It’s not about censoring what C.D.C. can say to the American public. It’s about a budget strategy to get funded.” Now, Dr. Rush Holt, you were a congressman. Jack Halberstam, you’re a professor. You apply to the government, I assume, for government funding. The significance of this? They’re not saying it’s an overall ban; they’re just saying, if you want to get any money, don’t use these words.

JACK HALBERSTAM: Right, which has the effect—

RUSH HOLT: Well, as I say, that is primarily a bow to ideology.

JACK HALBERSTAM: Which has the effect of suppressing the exact kinds of health projects that people might submit that are based and are in relationship to people of color, queer people, women. Those are the targeted groups in that list. And it’s a very—or not very subtle way of saying, “We don’t particularly care about delivering complex healthcare to those people.”

AMY GOODMAN: We have to leave it there. We thank you so much, Dr. Jack Halberstam of Columbia University and Dr. Rush Holt of the American Association for the Advancement of Science. 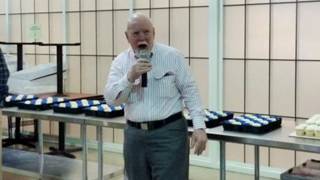