As the Trump administration weighs the proposed AT&T-Time Warner merger, we talk about the risks of greater media consolidation with former FCC Commissioner Michael Copps. He’s currently special adviser on media and democracy reform at Common Cause.

StoryOct 28, 2016Will the DOJ or FCC Stop the AT&T Merger from Creating World’s Largest Media Conglomerate?

JUAN GONZÁLEZ: We’re talking with Michael Copps, the former FCC commissioner from 2001 to 2012, and we’re continuing our discussion with him. Commissioner, I’d like to ask you about the—what’s been in the news a lot lately, the AT&T-Time Warner merger. And I know that the commission may not eventually be ruling on this, but your sense, as we see this continued—as you mentioned earlier, this continued concentration of ownership by so many of the telecom and media and cable giants of the United States?

MICHAEL COPPS: You know, it’s just giving too much power to one company, a power that no one company should be able to exercise in a democracy like ours. We’ve gotten to the point now, with the Trump administration and the new FCC, where just about any merger proposal is possible. It used to be, four, five years ago, you know, we’d say, “Well, that merger is so off the charts that nobody would ever consider it.” I think that’s gone. Wall Street loves these mergers. But you have to stop and think about the price we are paying for that. They cost billions of dollars. And the first thing they do after the FCC rubber-stamps the proposal is: “Where can we make economies? Oh, how about the newsroom? Let’s shut down the local station newsroom that we’re buying, or let’s consolidate two or three voices into one voice.” So, it really is a democracy issue and a free speech issue.

I’d like to go back for just a second to the comment that Chairman Pai made in your clip there about big companies voluntarily doing this. Let’s be—let’s be real here. When you’re talking about companies that have monopolies in so many markets, where they control distribution and content, and you’re going to expect them to voluntarily protect the public interest, you’re talking about something that’s not going to happen. I was at the FCC for 11 years as commissioner and for a time as interim chairman, and, believe me, I never saw these voluntary guidelines work.

And finally, the only reason this issue is as visible as it is right now is the tremendous resources and the money—let’s be frank, the money—that these big ISPs, like Comcast and AT&T and Verizon, put into the political, financial bloodstreams. If they didn’t have that big money influence, these proposals to deny net neutrality probably would be dead on arrival in Washington, would have been many years ago, and this issue would have been settled. So this is just another example of big money influencing our democracy and hurting our democracy.

AMY GOODMAN: Let me ask you about Donald Trump’s perhaps opposition to this, too, and possibly using it as a threat to his adversary, CNN. The Times wrote, “White House advisers have discussed a potential point of leverage over their adversary, a senior administration official said: a pending merger between CNN’s parent company, Time Warner, and AT&T. Mr. Trump’s Justice Department will decide whether to approve the merger, and while analysts say there is little to stop the deal from moving forward, the president’s animus toward CNN remains a wild card.” So, of course, CNN is discussing this—

AMY GOODMAN: —too, on the air. What about this?

MICHAEL COPPS: Well, this is a typical exercise in Trump politics, I guess, because during the campaign he expressed opposition and skepticism about this whole merger—it wasn’t a good idea—and hinting pretty strongly that it wouldn’t go through under his administration, and now, in this regard, as on so many other issues, he seems to be reversing field. I don’t know exactly what strange machinations are going through the minds of people in the White House or political folks at the Department of Justice. I hope the real experts there will be allowed to do their job and come up with an opinion on this. And we’ll have to see where it goes. But I’m concerned.

And, you know, there’s the Sinclair-Tribune merger that’s out there right now. Sinclair is probably the most dangerous company out there that people have never heard of. It doesn’t have quite the cachet of some of the big networks, but it’s going to own hundreds of stations, way over 250 stations, in markets all across the U.S.A. And it has a reputation for less than bipartisan coverage of the news. It has an ideological agenda. Editorials come out of the home office in Maryland that are supposed to be read all over the stations across the country.

So, it just—you know, I spent all of my time and a lot of my time at the FCC—when I first went there, I thought, “This is the coolest job on God’s green Earth. I’m going to see all the movers and shakers who are making the communications map, talk to the edge-of-the-envelope entrepreneurs.” Turns out I probably spent over half of my time talking to one CEO after another of media and telecom companies coming in: “Well, you at the FCC just let company A get larger and consolidate, so now you’ll have to let us do it.” And the FCC would, more often than not—often over my objection—do that. And it just went on and on and on. And I think the era we’re going into now is even going to be worse than that. There are going to be more such mergers. Some of them really are kind of unthinkable.

AMY GOODMAN: So, it’s interesting that Trump is against it. His son, Donald Trump Jr., faced criticism Saturday when he retweeted a doctored clip of the movie Top Gun, edited so it appears that President Trump is a fighter pilot shooting down a jet with the CNN logo.

MICHAEL COPPS: Wow, he’s a wrestler and a fighter pilot.

AMY GOODMAN: Also, after he beat up—they showed—Trump himself tweeted that video of himself beating up someone with the CNN logo on his face. What about the whole issue of Trump’s war on the media and issue of fake news? You have gone beyond the FCC now, as a former commissioner. You deal with issues of media and democracy reform at Common Cause.

MICHAEL COPPS: Well, fake news is a difficult problem to handle, but I think the best way to do it is to get some real news, to rebuild journalism, to find a model for journalism on the internet, if the internet is really going to be our democratic tool of the future. There is no model there to sustain broadly based investigative journalism. So real news is part of the answer. Media literacy is part of the answer, so training kids—you know, I’m in favor of a K-through-12 media literacy program in the United States, so kids know what’s reliable and what’s not, where they should go on the internet for facts and all of that. And then it’s up to people like you. And you do a wonderful job of it, and some others, too, but not mainstream media, in pointing out what is—what is fake.

But most of all, we need—we need to have an informed citizenry in order to defend our ability to practice self-government. And we’re getting perilously close to not having that now. So, this diminishment of journalism that we’ve seen in mainstream media and our inability to craft a model on new media of the internet to bring reporters back is really costing us. I mean, we’ve lost probably a third to a half of our newsroom employees since the year 2000. This just—and this is nothing—this need to protect democracy and protect the spread of information is nothing new. It goes back to George Washington, Thomas Jefferson, who subsidized the distribution of newspapers, who built postal roads so that we could get news and information out to this fledgling young country and make sure that people were informed. It’s a responsibility of government. It’s a public good. It’s something we have to have. And, to me, it’s really about the most important issue we face.

AMY GOODMAN: Well, Michael Copps, we want to thank you for being with us, a former FCC commissioner, currently special adviser on media and democracy reform at Common Cause.

When we come back, a debate on Venezuela. Stay with us.

As the Pope Calls for Dialogue, a Debate on How to Resolve Venezuela’s Political & Economic Crisis

NEXTAs the Pope Calls for Dialogue, a Debate on How to Resolve Venezuela’s Political & Economic Crisis 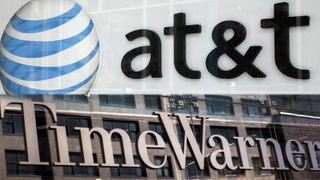