In Ohio, a 16-year-old girl who killed her abusive father is finally home from juvenile detention, after her case sparked national outcry over the treatment of domestic violence survivors. The young girl, Bresha Meadows, was just 14 years old when she shot dead her abusive father, Jonathan Meadows, with a bullet to his head as he slept. Only two months earlier, Bresha had run away from home, telling relatives that she was scared for her life “because her father was beating her mother and threatening to kill the whole family.” Bresha was sentenced to a year in juvenile detention, with credit for time served, as well as six months at a mental health treatment center. We speak to journalist Victoria Law, who has been closely following the story.

AMY GOODMAN: This is Democracy Now! I’m Amy Goodman. In Ohio, a 16-year-old girl who killed her abusive father is finally home from juvenile detention, after her case sparked national outcry over the treatment of domestic violence survivors. The young girl, Bresha Meadows, was just 14 years old when she shot dead her abusive father, Jonathan Meadows, with a bullet to his head as he slept. Only two months earlier, Bresha had run away from home, telling relatives she was scared for her life, quote, “because her father was beating her mother and threatening to kill the whole family,” unquote. This is Bresha’s aunt, Sheri Latessa, speaking on WKBN in Cleveland in 2016.

SHERI LATESSA: He controlled her, and it was like she was in jail. They’ve all been through it. And nobody in that county that we called would do anything for those kids. She told on him. You tell the kids to tell. And then, what happened? Nobody did anything. She told. She did what she was supposed to do. That this was wrong—she even knew it was going wrong, what was going on her whole life, and nobody helped her.

DAVE SESS: There is a murder charge against the child.

SHERI LATESSA: Yeah, and that’s ridiculous. She, if anything, did it for her mother. … She said, “Now, mom, you’re free.”

AMY GOODMAN: Bresha’s father, John Meadows, reportedly made life for his family a living hell, routinely attacking his wife, Bresha’s mother, by breaking her ribs, puncturing her blood vessels, blackening her eyes, slashing her body. Meadows reportedly once punched his wife so hard she heard her teeth crack. Later, she had to have those teeth removed. He also apparently slammed her head into a wall, stomped on her, kicked her in the face.

Bresha was sentenced to a year in juvenile detention, with credit for time served, as well as six months at a mental health treatment center. On Sunday, Bresha was released to her family on Sunday with two years of probation.

For more, we’re joined by Victoria Law, freelance journalist, author of Resistance Behind Bars: The Struggles of Incarcerated Women.

Victoria Law, welcome back to Democracy Now! Tell us, in these last few minutes we have together, very briefly, about what happened to Bresha, what she faced in jail originally. I mean, this is a child.

VICTORIA LAW: This is a child, so—as you said. She was 14 years old when she took the drastic step of shooting her father, after systems repeatedly failed her. Child welfare failed her. The police failed her. She was unable—she and her family were unable to get away from this man. And she originally faced the possibility of being tried as an adult. This is a 14-year-old child. And if she had been convicted as an adult of murder, she would have faced life in prison.

And there was much outcry. There was much organizing from around the country. She had a fantastic pro bono lawyer who was willing to work with domestic violence and family violence advocates, and, through a complicated legal process and 10 months of her sitting in juvenile jail while this went back and forth, was able to get her—to get a plea bargain, in which she was sentenced to one year in the juvenile jail, with these 10 months for time served, six months in a mental health facility, and then two years of probation, which she started when she was released.

AMY GOODMAN: At one point Bresha’s mother was questioned by a social worker in front of her abusing husband?

AMY GOODMAN: Can you talk about your reaction to—why you got involved with the Bresha Meadows case, why you decided to cover it? And what about it most surprised you? And the significance of her being released now, and where she goes from here?

VICTORIA LAW: Well, I’ve long covered domestic violence cases. We don’t often see girls as young as Bresha being charged—being arrested and charged with shooting abusive parents. Oftentimes what we do see is that young girls are criminalized for trying to escape abuse—running away, cutting school, trying to get out of the home. And that often lands them in juvenile detention.

AMY GOODMAN: She didn’t claim he physically attacked her at that point, right?

VICTORIA LAW: No, no, but she grew up in a home full of violence, where there was emotional violence, verbal violence towards her, and seeing her mother being beaten every single day or nearly every day. And that’s got to leave so many scars on a young child.

And so, I’m glad that she’s free. I don’t think she ever should have been incarcerated in the first place. That should never have been on the table. This was a child who obviously suffered a lifetime of violence in those 14 years, before she picked up that gun and took that action. I’m glad that she—there was an outpouring of support that enabled her to be tried as a child, which also means that her record will be sealed and expunged. So, she doesn’t have to, say, check a box that says “I have a criminal conviction,” when she applies to college, when she applies to jobs and everything else.

VICTORIA LAW: But she’s not—but right now she is on probation, which means that she cannot—she is under state supervision, which means that all the silly things that 16-year-olds do, she faces more scrutiny and more repercussions: Staying out late, you know, hanging out in the park, getting stopped by police for being a young black girl all have greater repercussions for her than they would for somebody not on probation.

AMY GOODMAN: So, what do you think we can most learn from Bresha’s case? And what are you most concerned about for Bresha and the family now?

VICTORIA LAW: I think what we can learn from Bresha’s case is that while she’s free, there is still an epidemic of criminalizing women and girls who fight back against domestic and family violence. So while Bresha may be an outlier in the fact that not many young teenagers are charged with killing their abusive parents, we also don’t know how many mothers or adult women are charged with killing their abusive spouses or husbands. In New York state, there’s a call for Governor Cuomo to grant clemency to domestic violence survivors behind bars. And Governor Brown has done this in California. It is his last year in office. Even before his last year in office, he started looking at clemency for domestic violence survivors. People are calling on Governor Cuomo to do the same thing.

AMY GOODMAN: Well, we’ll leave it there. Victoria Law, freelance journalist. We’ll link to your piece. Resistance Behind Bars: The Struggles of Incarcerated Women, that is her book. 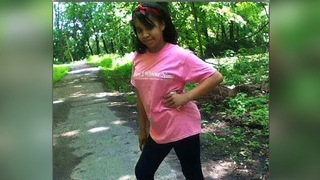