During Facebook CEO Mark Zuckerberg’s 5-hour testimony to lawmakers Tuesday about the massive privacy scandal enveloping the platform, lawmakers also questioned him about Facebook’s increasing effort to market the platform to children. For more, we speak with Josh Golin, executive director of the Campaign for a Commercial-Free Childhood. The group has launched a campaign to end Facebook Messenger Kids.

SEN. ED MARKEY: Would you support a privacy bill of rights for kids, where opt-in is the standard? Yes or no?

MARK ZUCKERBERG: Senator, I think that that’s an important principle. And I think—

SEN. ED MARKEY: I appreciate that.

MARK ZUCKERBERG: And I think we should—

MARK ZUCKERBERG: Senator, I’m not sure if we need a law, but I think that this is certainly a thing that deserves a lot of discussion.

SEN. ED MARKEY: I couldn’t disagree with you more. We’re leaving these children to the most rapacious commercial predators in the country, who will exploit these children unless we absolutely have a law on the books.

Josh Golin is with us, executive director of the Campaign for a Commercial-Free Childhood. The group has launched a campaign to end Facebook Messenger Kids.

Respond to what Mark Zuckerberg just said, and then talk about that campaign.

JOSH GOLIN: Sure. So, Mark Zuckerberg is—was basically evading the question and not saying that we need legislation to protect kids and teenagers with an opt-in. And I think that that’s just ridiculous. And, you know, as your previous guest said, we shouldn’t even be asking Mark Zuckerberg these questions. We should have laws that protect the privacy of children and teens online, you know.

And in the midst of this huge controversy about Facebook and a kind of awakening about what goes on on social media, Facebook has launched the first major social media product for children under 13. They launched this thing called Facebook Messenger Kids in December. And my organization has been trying to pressure Facebook to pull this product back. There is a wealth of research that shows that social media is harmful to adolescents, that excessive time on social media is linked to things like depression, unhappiness. Girls who are on social media are more likely to feel dissatisfied about their bodies. And here is Facebook knowing this research and deliberately trying to get even younger kids to use their platform. And we think that that’s a huge mistake.

At a time when most parents are already concerned about screen time, at a time when kids are not getting enough face-to-face time with their friends, we think the last thing that kids need is to normalize this idea that relationships should take place online, that relationships should take place through a commercial product. And so, you know, for so many reasons, we believe that Facebook should pull this product and that we should let kids grow up without being ensnared in Facebook’s surveillance and advertising platform.

SEN. DICK DURBIN: You have recently announced something that is called Messenger Kids. Facebook created an app allowing kids between the ages of 6 and 12 to send video and text messages through Facebook as an extension of their parents’ account. You have cartoonlike stickers and other features designed to appeal to little kids—first-graders, kindergartners. On January 30th, Campaign for a Commercial-Free Childhood and lots of other child development organizations warned Facebook. They pointed to a wealth of research demonstrating that excessive use of digital devices and social media is harmful to kids, and argued that young children simply are not ready to handle social media accounts at age 6. In addition, there are concerns about data that’s being gathered about these kids. Now, there are certain limits in the law, we know. There’s a Children’s Online Privacy Protection Act. What guarantees can you give us that no data from Messenger Kids is or will be collected or shared with those that might violate that law?

MARK ZUCKERBERG: All right, Senator, so a number of things, I think, are important here. The background on Messenger Kids is, we heard feedback from thousands of parents that they want to be able to stay in touch with their kids and call them, use apps like FaceTime, when they’re working late or not around and want to communicate with their kids, but they want to have complete control over that. So I think we can all agree that if—when your kid is 6 or 7, even if they have access to a phone, you want to be able to control everyone who they can contact. And there wasn’t an app out there that did that, so we built this service to do that. The app collects a minimum amount of information that is necessary to operate the service. So, for example, the messages that people send is something that we collect in order to operate the service. But, in general, that data is not going to be shared with third parties.

AMY GOODMAN: Does that satisfy you, Josh Golin?

JOSH GOLIN: No, it doesn’t satisfy me, for a couple of reasons. First of all, it’s not a minimal amount of data that they’re collecting. They are keeping a record of every text, every video, every picture that a child sends. And if you look at what their own privacy policy says, it says that they do share it with some third parties. They say that that’s just necessary for—to run the platform, they need to share it with these third parties. But when you ask them who those third parties are, they won’t tell you. They say that, you know, that’s proprietary information. So it’s another case of where Facebook knows all this information about us, but when we ask them to share information with us, they’re not so forthcoming.

AMY GOODMAN: Josh Golin, thanks so much for being with us. We’ll continue to cover this issue. Executive director of the Campaign for a Commercial-Free Childhood.

And that does it for our show. We have these two breaking stories. House Speaker Paul Ryan is reportedly not going to run for re-election in November. He’s leaving the House of Representatives. And this news out of Algeria: Up to 257 people have died in an Algerian military plane crash near Algiers this morning. Among the dead are reportedly 26 members of the Polisario Front, which is seeking Western Sahara’s independence from Morocco.

And that does it for our broadcast. Democracy Now! is accepting applications for our paid, year-long social media fellowship. Details at democracynow.org. 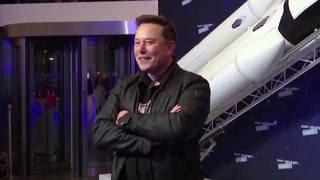