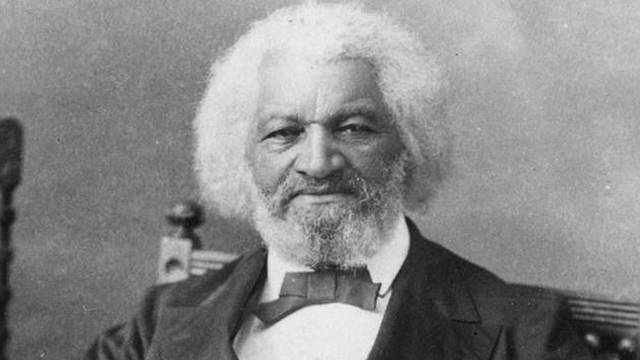 On the occasion of his bicentennial, Frederick Douglass’s great-great-great grandson Kenneth Morris announced The Frederick Douglass 200 —a list of 200 people who best embody the spirit and work of Frederick Douglass, and who, in the words of historian Ibram X. Kendi, are “publicly and privately plowing the ground, thundering and lightening, and roaring waves of progressive human change.”

Amy Goodman was named to The Frederick Douglass 200, and on February 14, she and fellow Frederick Douglass 200 award recipients will be honored at the Library of Congress in Washington, D.C. The list also includes Rev. William Barber, Patrisse Cullors, Bryan Stevenson, Dolores Huerta, Alicia Garza, Harry Belafonte, Linda Sarsour, Noam Chomsky and many others.

Historian Ibram X. Kendy discusses the legacy of abolitionist Frederick Douglass and what it means to be anti-racist.