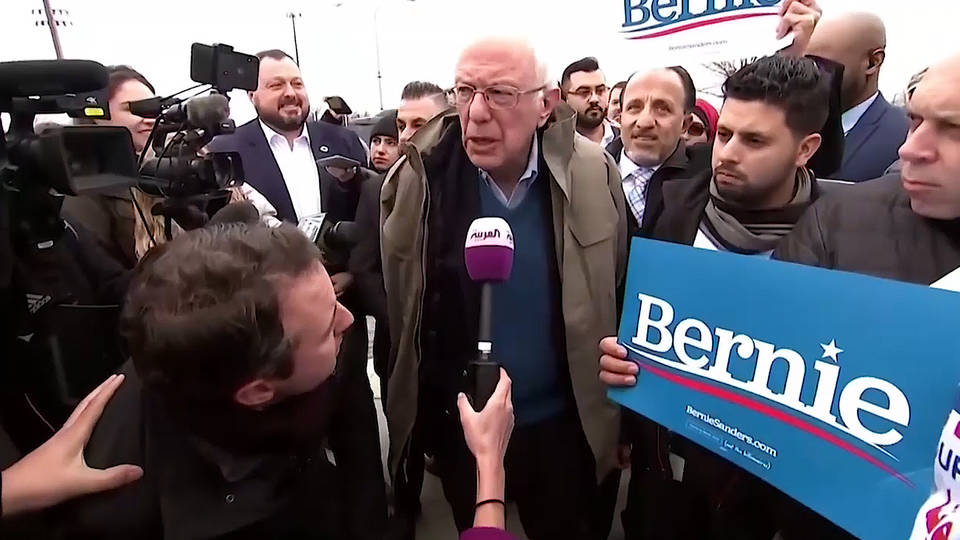 Senator Bernie Sanders has shot down rumors he’s planning to suspend his campaign after losses in Tuesday’s primaries in Florida, Illinois and Arizona. With about 2,000 delegates needed to clinch the Democratic presidential nomination, Joe Biden has claimed 1,180 delegates to Sanders’s 885. Asked by a CNN correspondent Wednesday to give a timetable for his next steps, Senator Sanders responded, “I’m dealing with a [bleep]ing global crisis.” He added, “I’m trying to do my best to make sure that we don’t have an economic meltdown and that people don’t die.”

Meanwhile, The Intercept reports elections officials in Chicago used nearly 50 housing facilities for low-income seniors as polling locations on Tuesday — despite warnings that crowds of voters posed a threat of transmitting the coronavirus to an already high-risk population.