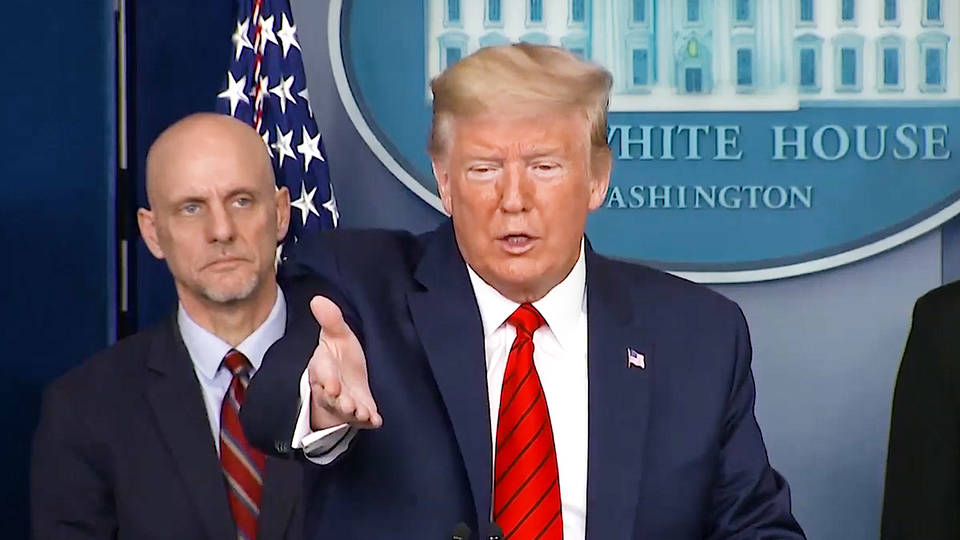 At the White House, President Donald Trump sought to deflect criticism of his administration’s disastrous handling of the coronavirus crisis, lashing out at China and excoriating the media as “fake” and “corrupt news.” Reporters in Thursday’s White House press briefing sat in every other chair to increase social distancing. Faced with a barrage of critical questions, Trump threatened to empty the room even further.

Trump gave the final question of Thursday’s press briefing to Chanel Rion, a Republican political operative with the far-right website One America News.

Chanel Rion: “Is it alarming that major media players, just to oppose you, are consistently siding with foreign state propaganda, Islamic radicals and Latin gangs and cartels, and they work right here at the White House with direct access to you and your team?”

During the press conference, Trump recommended the use of the anti-malarial drug chloroquine for patients suffering from COVID-19.

President Donald Trump: “We’re going to be able to make that drug available almost immediately. And that’s where the FDA has been so great. They’ve gone through the approval process. It’s been approved.”

Moments after Trump made those comments, FDA Commissioner Dr. Stephen Hahn denied his agency had approved chloroquine for COVID-19 treatment, saying the drug first needs to be tested in a large clinical trial. Rising Pharmaceuticals, the New Jersey-based company that produces chloroquine, doubled the price of the drug after Trump’s comments — before reversing its decision later Thursday.