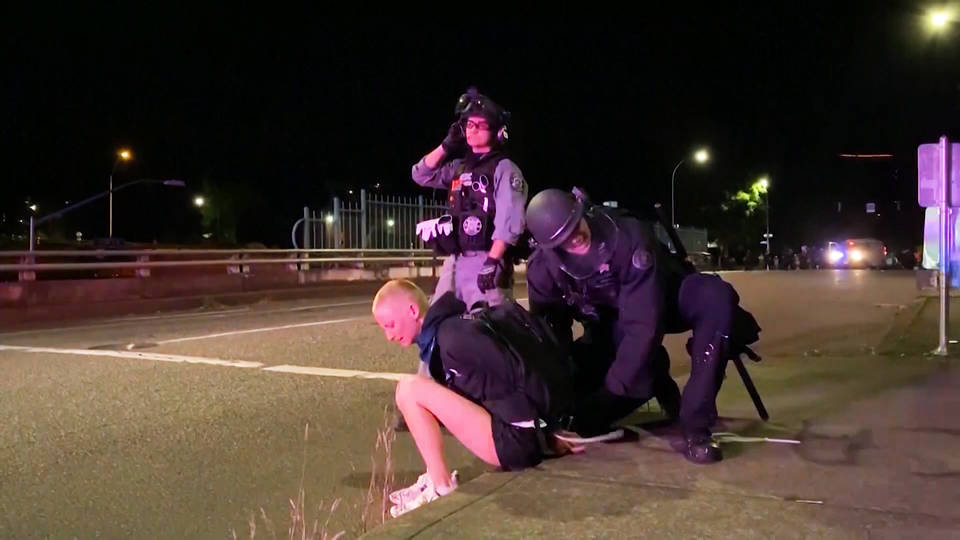 Black Lives Matter protests continue across the United States. In Portland, Oregon, protesters arrested by federal agents on even the most minor charges are being ordered by federal judges to sign a pledge not to protest again as a condition of their release from jail. One attorney with the ACLU called the orders “sort of hilariously unconstitutional.”

On Tuesday, a White House official said the Trump administration is in talks with Oregon’s governor on a plan to draw down federal agents in Portland. Meanwhile, Seattle’s mayor said Tuesday that federal agents have pulled out of her city.