Trump Pledges Orderly Transition of Power, One Day After Inciting Insurrection at Capitol 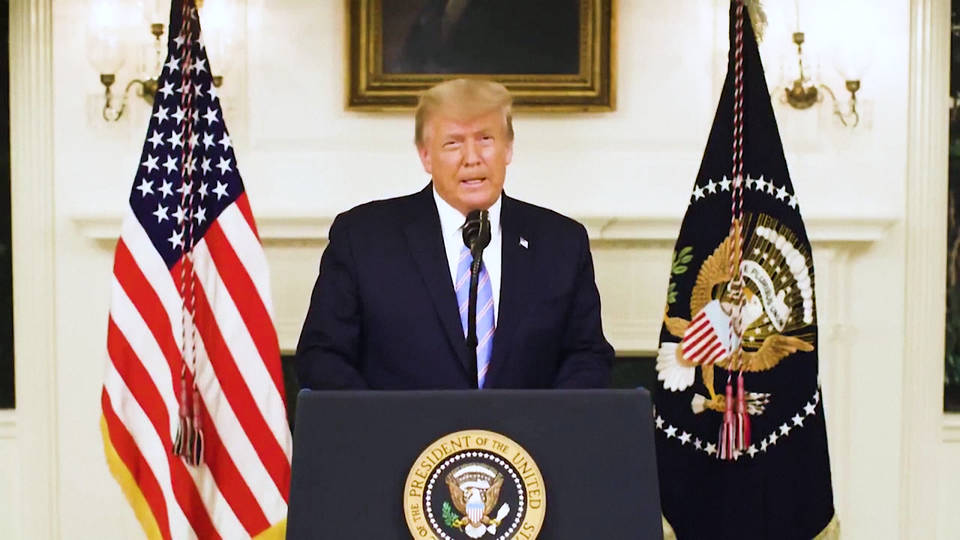 President Trump said Thursday there would be an orderly transition of government on January 20, though he refused to admit he lost the election to Joe Biden. Trump’s concession came in a scripted video statement, one day after he incited a mob of thousands to march on Congress to overturn the election results.

President Donald Trump: “Like all Americans, I am outraged by the violence, lawlessness and mayhem. I immediately deployed the National Guard and federal law enforcement to secure the building and expel the intruders. America is and must always be a nation of law and order.”

In fact, Maryland Governor Larry Hogan says he repeatedly tried to get permission to deploy National Guard troops to assist at the Capitol Wednesday afternoon after receiving a panicked call from congressional leaders who had fled to a secure location. Hogan says he was thwarted for over an hour and a half before Pentagon leaders finally allowed him to send in troops. The New York Times reports Trump took no action to authorize the National Guard deployment, with Vice President Mike Pence finally intervening. On Thursday, President-elect Joe Biden drew comparisons between Trump’s crackdown on peaceful protests for Black lives and Wednesday’s assault on the Capitol.

President-elect Joe Biden: “No one can tell me that if it had been a group of Black Lives Matter protesting yesterday, there wouldn’t have been — they wouldn’t have been treated very, very differently than the mob of thugs that stormed the Capitol.”