Pressure Grows to Waive Patent Rights for COVID Vaccines and for U.S. to Release Moderna Recipe 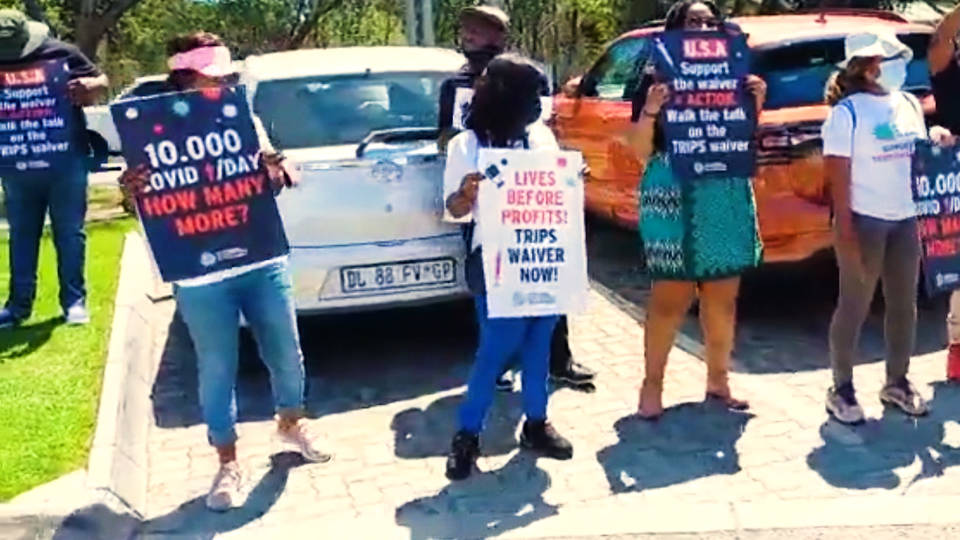 In South Africa, protesters gathered outside the embassies of the United States and several European countries, demanding they break a stalemate at the World Trade Organization and suspend patent rights on COVID vaccines. The so-called TRIPS waiver was first proposed by India and South Africa over a year ago and is primarily opposed by the U.K., Germany and Switzerland. The group Médecins Sans Frontières, or Doctors Without Borders, which joined the protests, says a handful of European governments with strong ties to pharmaceutical corporations are choosing to put shareholder interests over the lives of people across the globe. MSF added, “The U.S. made a big, bold decision to support this groundbreaking TRIPS waiver, but is now largely absent from the global effort to make it a reality.”

Meanwhile, a dozen Democratic U.S. lawmakers are calling on the Biden administration to share Moderna’s COVID vaccine technology with other countries to expand global vaccine production. The lawmakers note that a contract between Moderna and the federal government grants the U.S. unlimited rights to vaccine data, including all key information needed to produce Moderna’s vaccine. The lawmakers add, “Despite receiving huge sums of public funding from American taxpayers, Moderna has refused calls to share its technology, including from the U.S. government.”