Protests Intensify in Burma After 3 Demonstrators Die Amid Violent Crackdown 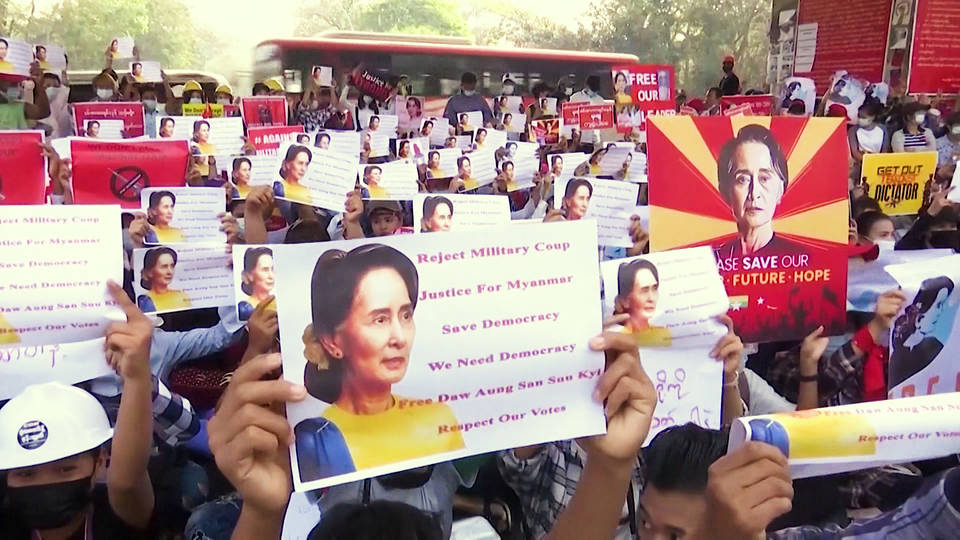 In Burma, hundreds of thousands of people took to the streets today as part of a general strike against the February 1 military coup, despite threats of more deadly violence from the military junta. The massive demonstrations are taking place after two protesters were killed Saturday, including a 16-year-old, as police fired on peaceful crowds in the city of Mandalay. On Friday, a 20-year-old became the first known fatality of the protests, after succumbing to her gunshot injuries from earlier this month. This is a protester speaking from Rangoon Sunday.

Soe Paing: “People died yesterday. We protested peacefully, but people had to die. The junta wants to stop us from coming out on the streets, so they strongly respond to us. We, the people, won’t accept their unfair oppression, and we will continue to fight.”