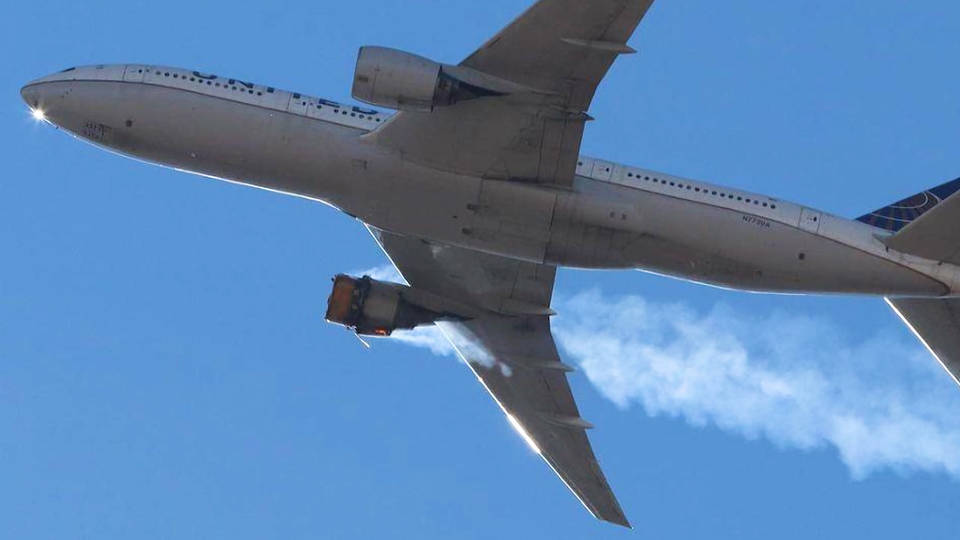 The Federal Aviation Administration has grounded dozens of Boeing 777 passenger jets, after an engine failure on a United Airlines flight Saturday nearly led to disaster.

The pilots of United Flight 238 are being hailed as heroes after an emergency landing that saved all 229 passengers and 10 crew aboard. The explosion occurred just minutes after the plane took off from Denver’s airport bound for Hawaii. Scattered engine parts fell across a swath of the city of Broomfield, but no one on the ground was injured. The National Transportation Safety Board says a preliminary investigation found the engine — manufactured by Pratt & Whitney — showed signs of metal fatigue. This follows two fatal crashes of Boeing 737 MAX jets in Ethiopia and Indonesia that killed all 346 people aboard.